Parenting : When My Child had Night Terrors - MumsVillage 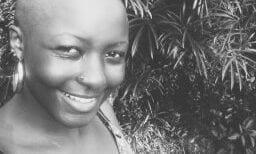 Other Articles from Samoina Wangui

Parenting : When My Child had Night Terrors

Home » Pregnancy & Parenting » Parenting : When My Child had Night Terrors

A shrill scream pierced the still air. I woke up in a huff, slightly dazed and confused. Once, I sat up and he screamed again.

I looked for my phone to check the time, only to realize disappointingly,that it was a few minutes past midnight. Why was he awake only a couple of hours after I put him to sleep? I put the lights on, all the while trying to soothe him so he would stop the frantic screams that had unfortunately woken up the rest of the family. No amount of soothing or breast milk would calm him down.

It was frustrating, considering I was only beginning to come to terms with dealing with Postpartum Depression (PPD) and not knowing what in the world was wrong with my son. During my PPD, one of the biggest struggles I encountered was sleep deprivation. To-date lack of a good night’s sleep has me fidgety and anxious because it takes me right back to the struggle of that dark hazy phase.

What I found weird during these sporadic screaming episodes was the fact that the next day, when I questioned him on how he slept, my son simply said pretty okay. I was perturbed, was this amnesia setting in? So I pressed on, “Any bad dreams?” “Mooom, no. I slept well!” Admittedly, I was disturbed.

What was this that made him scream so loudly at night and totally forget the incident by morning? I let that slide and figured it was an isolated incident.

A couple of weeks later, I was once again startled by the piercing scream in the middle of the night, only to wake up and realize that this was the same thing that happened the last time. I figured since soothing was not of any help, I’d sit and watch over him so he didn’t injure himself. Plus then, smirk in the middle of PPD, the last thing I needed was to get agitated. After some 5 minutes or so of the screaming, my son was fast asleep. For obvious reasons, I was pretty scared because it simply did not add up.

See, his sleeping pattern had pretty much stabilized as he was past the 2-year mark. Add to this the sleep deprivation that characterized two days, and the need to work from home with an energetic toddler and it is easy to see why I was teetering on the brink of frustration.

I asked him the next day, as casually as I could, whether he had any troubled nights. To my amazement, he had the same answer. I turned to good old Google and searched the symptoms. The joy of realizing that this situation actually had a name was almost palpable! Night terrors!!

So, what exactly is a night terror?

A night terror is a sleeping disorder that is characterized by screaming episodes, fear, shouting and thrashing around.

These episodes often occur during the non-REM phase of sleep, which is the phase of extremely deep sleep. It is important to note that quite unlike nightmares, night terrors are not dreams per se. In addition, they occur as the child transitions from one phase of sleep to another. For the most part, this transition is seamless. Sometimes, however, the child is afraid, and this fear manifests through the agitated screaming and thrashing.

The realization those night terrors were pretty common put me at ease. In order to deal with this, I studied the night terrors episodes to see whether I would find any patterns. I noticed, almost immediately, that night terror occurred on days when he had had tantrums, was overly fussy or was too tired, say after a day well-spent in the outdoors.

Naturally, the first step for me was to manage the contributing factors. To deal with the fatigue, I tried as much as I could to ensure he napped in the afternoon so that he would not feel fatigued at dusk. As for the tantrums, I had to work on my disciplining tactics to prevent a teary escalation. Gladly, these two tips helped reduce the occurrence of the night terrors.

In his third year, he did not suffer any night terrors, gladly. To parents, if your child experiences any of the aforementioned symptoms, you may want to make an appointment at your paediatrician.

Remember too, those night terrors are typically scarier for parents than they are for the kids since the children do not remember any single thing the next morning.