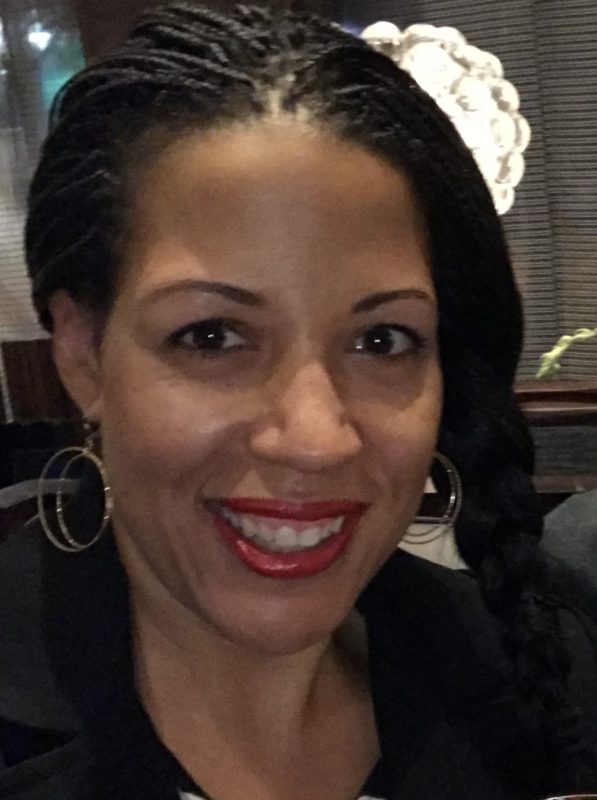 2. What is your occupation?

I am the North American Director of Marketing for LifeScan, Inc – a Johnson and Johnson Company.

Now on to Other Fun Questions

1.How did becoming a Mum change your personality?

I don’t think it has.  If anything – it’s really made certain elements of my personality come out more strongly, such as my silliness, my love of dancing and goofing around, my love of music, and my love of talking and having conversations (my daughter has been “chatty” since she came out of my womb.  Now, she is quite talkative.  People say she takes after me in that regard, and it’s no surprise.)  My affectionate side.  At the same time, however, I also feel that the stress of parenting can bring out some of my less desirable traits.  My tendency towards perfection, having it all, impatience, and getting stressed out when things don’t go my way, are all things that I’ve really had to put in check since having a baby. Babies / kids are really good at making sure that nothing in your life goes exactly according to plan.  And I think that’s a good thing. For me, one of the best things about having Ohana is that it’s forced me to really practice being patient, generous, and giving.

At this age, I try really hard to let Ohana play by herself as much as she desires to or is capable of doing.  When she wants to interact with me (which is still a lot) it’s usually to do one of two things:  to read books, or to engage in physical play – like dancing, being thrown up in the air, tumbling, or running around the playground.  Her favorite thing to do right now is to be pushed on the swings. 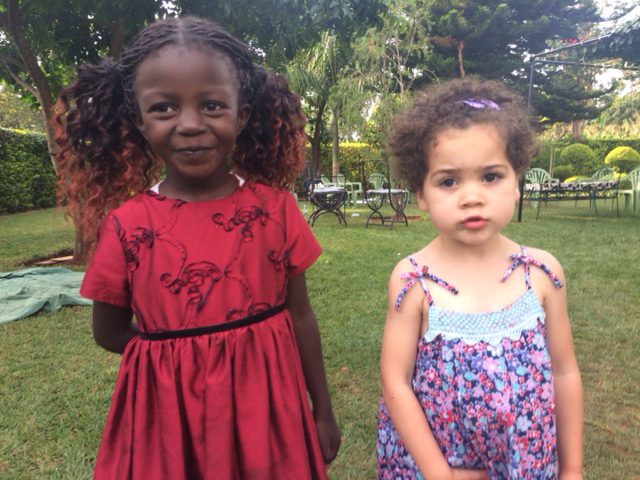 3. What is the most memorable thing about being a new Mother in San Francisco?

The community. San Francisco is a very transient place – with new people moving in all the time for jobs, education, or other opportunities.  As a young, single person in San Francisco, it can seem like a shallow (but exciting) place to be.  But once you have kids, you discover this whole other side of the city.  There are a lot of families in San Francisco and the roots of the city run really deep.  No matter where you are from, parenthood kind of forms this common bond, and it’s relatively easy to find communities of parents to fit in to and who will support you.  I’ve been surprised (and touched) by the number of good friendships I’ve cultivated by virtue of having a child, which is wonderful given how isolating being a new mom can sometimes be (especially for someone like me, who has worked as a full-time professional all of her adult life.)

4. What do you think is the most inaccurate thing about how movies portray childbirth?

The spontaneity and crisis of it all.  Child births in movies are always fast, dramatic, and usually involve some type of crisis that is used as a plot device to bring the story to a climax.  This is rarely how labor goes for a first-time mom (I do know some exceptions, of course.) Labor can be a long, slow, slog of a process.  In my case, my daughter was over two weeks past-due, and then I finally had to be induced.  My induction took over 3 days – from the time I first checked in to the hospital to when my daughter was born.

5. Share something your child has recently done or said to make you laugh?

In the car on the way home from pre-school the other day, my daughter said:  “Mommy, why is Donald Trump not a nice man?” I laughed and choked at the same time.  We had been listening to the radio in the car, and the news was reporting updates about the US Presidential campaign. I have not once spoken to her directly about the presidential race, but she has picked up a lot from listening to my conversations, and to the news. 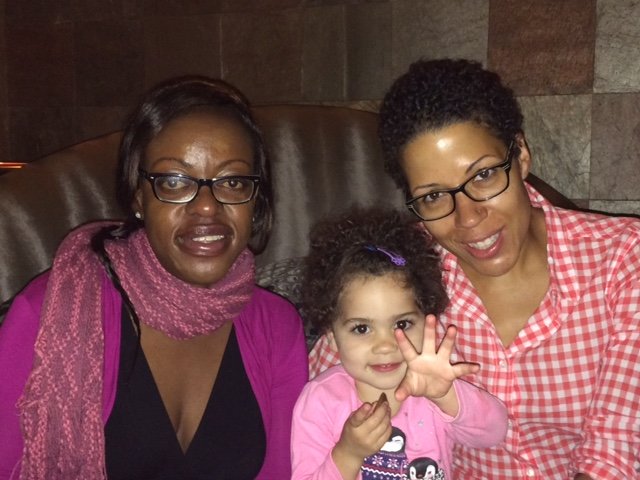 My daughter’s full name is Ohana Kathleen Oriedo Galvin.  At school she is commonly referred to as Ohana Galvin, for short.

Ohana is a Luhya name – it was my father’s mother’s last name before she got married.  Kathleen was my mother’s first name – she died of breast cancer in 2007.  Oriedo (also Luhya)  is my last name, which I kept even after getting married.  Galvin is my husband’s last name.  I’m a big believer in honoring your ancestors by passing their names down to your children.  I’ve always loved the name Ohana – I am told it means “giver” in Kiluhya – because it is also a Hawaiian word that means “family.”  It also sounds vaguely Irish (my husband’s background.) Ever since my husband and I talked about having kids, I had told him that I wanted our kids to have Luhya names, as a way to stay connected to their ancestry.

2. Which activities do you regularly engage in for recreation with your family?

Just hanging out at the many wonderful parks and playgrounds in San Francisco.  We are blessed to have really good weather most of the year – it is sunny almost all of the time and the weather is very temperate. And San Francisco has a lot of green space and open spaces that offer beautiful vistas and national, historical landmarks.  From Golden Gate Park, to Dolores Park, the Presidio, the mbarcadero, Crissy Field and the Marina, Golden Gate Bridge, and Lands End – there are an endless amount of things to do and natural beauty to enjoy that are free and require almost no planning. And because we live in the city, we can walk or simply take public transportation to all of them. 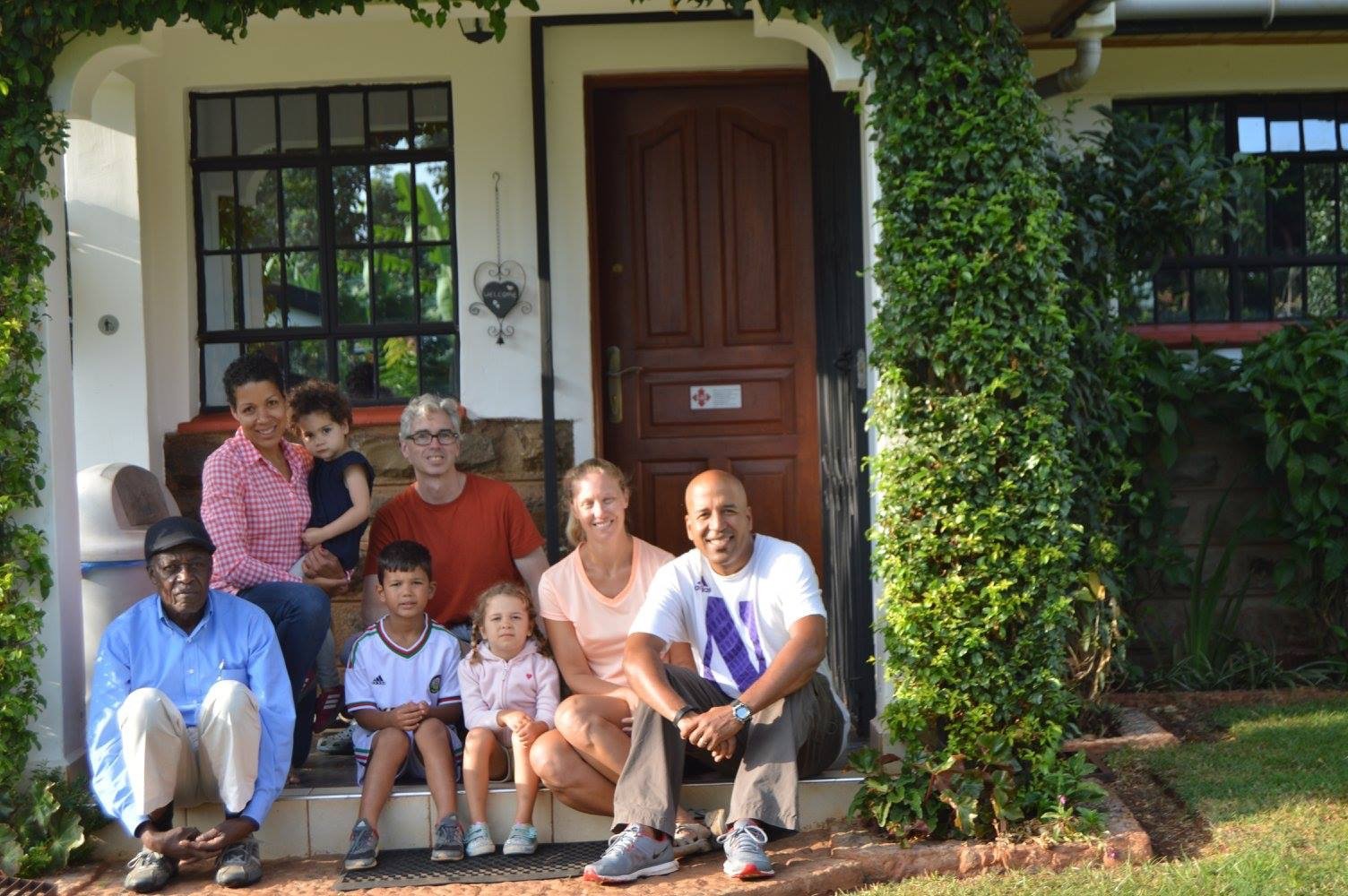