Fun Fact : Which Big Five Mum Are You? - MumsVillage

Other Articles from Patricia Wanjala

Fun Fact : Which Big Five Mum Are You?

Every year, millions of people go on Safari to search for the famous ‘Big Five.’ These animals are well-known for their extraordinary  qualities. Interestingly, our mothering styles fit into similar classifications as these special animals. The question is – which big five mum are you?

A.K.A the hustler This mother plays it cool but she is extremely industrious. No stranger to the grind, she works hard day and night.  Her man is the King of the Jungle, and she gives him his respect as the family Head, but behind the scenes she is the one running the show. She manages a busy household, hunts with several side jobs or businesses to bring home her share of the bacon, cooks it and serves it to the Lion and the cubs with aplomb before she eats her portion.

She does all this while being present for her little ones’ milestones and nurturing them. The Lioness protects them from predators, grooms them, trains them and takes care of her Lion. Unlike her Lion who roars to establish his Supremacy in the jungle, the Lioness Mum will rarely raise her voice but she definitely exercises authority.  While doing all this, she still manages to look amazing and does it all with a smile. 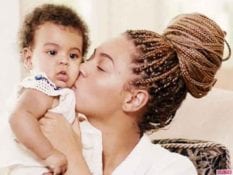 She protects them from predators, grooms them, trains them and takes care of her Lion. Unlike her Lion who roars to establish his Supremacy in the jungle, the Lioness Mum will rarely raise her voice but she definitely exercises authority.  While doing all this, she still manages to look amazing and does it all with a smile.

This mum is no joke. She is confident and can be intimidating. Fearless and skilled, she is tough and she is extremely protective of her kids. On the surface, buffaloes appear similar to cattle so it is easy to underestimate their strength and fierceness. Asian water buffalo are docile and domesticated but the African buffalo is not. A buffalo mum may appear homely, pleasant and docile, which is actually how she acts when everything is going well. However when threatened, she is likely to go berserk and you will bear the brunt of it.

Buffalos are the largest of the antelope family and they do not waste their energy competing for resources. If there are no men or not enough jobs, this mama will swiftly move on rather than haggling for scraps. She has her pride and her dignity but she has a volatile temper. However unlike the stereotypes, Buffalos are social, friendly animals and they are fiercely loyal. They will do just about anything to defend their families.

This type is increasingly rare.  She maintains a steady presence in the home and remains calm and nonplussed in the face of chaos and crises. The Rhino mum provides clear boundaries and parameters for her children, giving them a sense of safety and stability. She has also given them strict discipline which results in driven, self-starter children who are mannerly but who have high self-esteem and confidence. 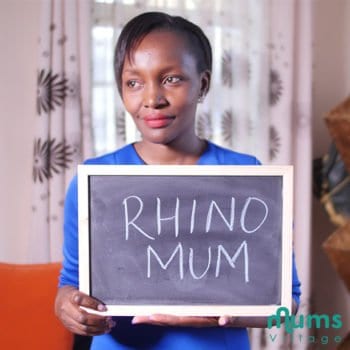 The rhino is often quiet, and may appear tame, harmless, docile and unattached. Yet a closer look will reveal strict boundaries and rapid action when it senses an attack. A rhino will charge at the speed of a bullet, with mighty force that will shock you. Typical Rhino mums appear unattached, and even may subscribe to ‘child-led parenting’ views. Yet, in reality they often have their kids cramming for exams, learning several instruments, sports, and languages. They are big on helping their children achieve their potential, while maintaining clear boundaries for behaviour.

This sleek beauty is secretive, strong and introverted. Leopards do not hunt in packs, preferring their own company in their well-defined territories. They prefer to hunt at night. Similarly, the Leopard Mum is a high achiever, yet beyond her career role, she stays out of the public eye.  She is there for her kids but you won’t see her socializing and bonding with soccer mums, PTA parents, and random neighbourhood folks.  Leopards can carry carcasses up to three times their weight – after a kill they hang it on the furthest branches to avoid surrendering their spoil to other predators. 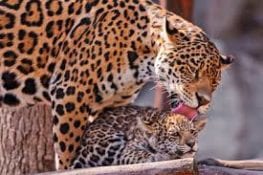 Indeed the leopard mum can carry a lot of responsibility. She is reserved, dignified, prim and proper. She enjoys the finer things in life, and would rather curl up with a book or take her kids shopping than go to the amusement park or play games with them. The Leopard Mum is usually busy with her career, travels and social life preferring quality time to quantity. Her hair and nails are always done and she is the epitome of glamour. She may never roll in the grass or jump in the sandpit with her kids but they are secure in the knowledge that she loves them.

She never forgets. The elephant is one of the most intelligent animals, and one of the most nurturing. The elephant puts its trunk on its baby as soon as it senses danger, and pulls baby under her torso. It suckles its young for over two years and has a very long gestation period. Elephant mums are never without their kids. In the rare instances when they don’t have their kids with them (like a hen party or date night) all they do is talk about their kids the entire evening, before making an excuse to go home early and relieve the babysitter. 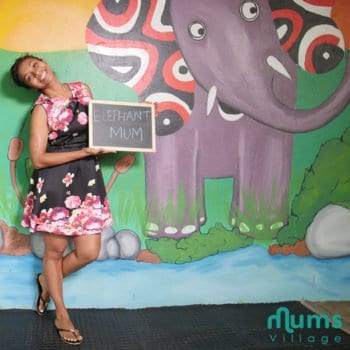 She never forgets each and every moment and milestone. How could she? They are all captured on social media and shared repeatedly to all her networks. She also has photos of her kids clogging her device memory and framed kid photos in her home and in her purse. If she does work, her Nanny’s number is in the frequently called list, as is the school teacher, school bus driver, headmistress, paediatrician, dentist, her own mother and heck she has even bought her kindergartener a mobile phone so she can call him every five minutes.

Which Big Five Mum Are you?