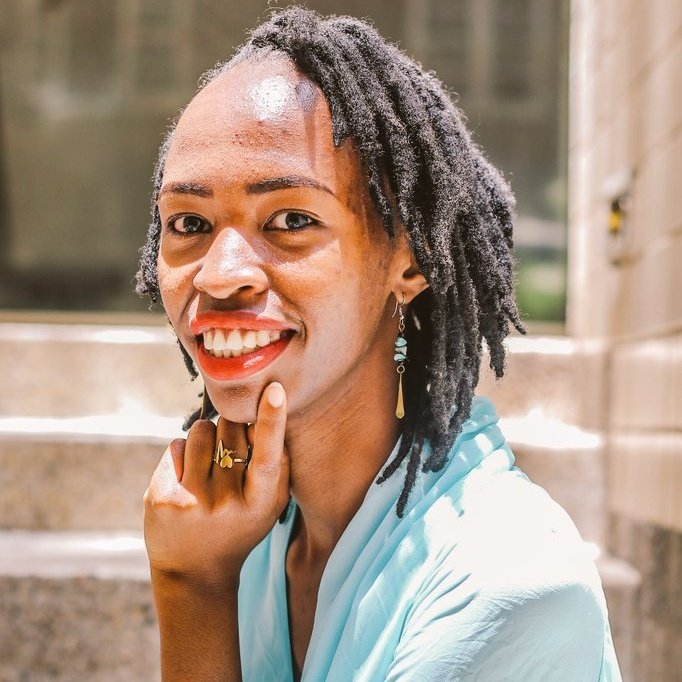 Last week, we had the opportunity to host an interactive WhatsApp chat on newborn care and development. Our Guest expert, Dr Yvan Niyondavyi answered questions raised by mums in our community on nutrition and feeding, which we have compiled below. Dr Yvan Niyondavyi is a Paediatrician with a Master’s degree from the University of Nairobi. He is passionate about children’s health in general and specialises in Neonatology.

What should I do if my baby spits up after feeding?

Baby spitting up after feeds can be “normal” or sometimes due to a more serious problem. There is a muscle just at the entrance of the stomach that usually is not firm yet at birth. So there will be normally some spit up/reflux after feeds, around once a day but they usually subside by 4 months.

As long as the baby is gaining weight well, we usually don’t do anything about it apart from the normal burping baby and keeping him upright for around 20 minutes before laying him down. The more serious reasons for spit up are allergies and GERD. Signs that should make you visit your paediatrician to rule them out are poor weight gain, choking/coughing/vomiting with spitting up and abdominal pain/discomfort.

My son is 2years 3months he’s a healthy boy but of late his appetite is very low hence causing stagnation of his weight. Anything I can do to boost it? plus at that age he seems to have delayed his speech, he can utter words but not so many, what do I need to do about that or it’s not too late for him.?

Appetite varies during child growth. They pass time when the appetite goes up because of growth and increased demands of the body and when the appetite decreases due to either being picky, being distracted while eating (screens) or in the rare cases because they are sick. As long as they are drinking milk, well hydrated and with no other symptoms (like vomiting, diarrhoea or constipation) you can let it and observe and if you are worried, he can be reviewed by his paediatrician.

About the weight gain, around that age, weight gain is very minimal and individual measurement will scare you but when you analyse it on his growth chart, most of the time it is normal for the age. That’s why you can consult your paediatrician so that they can analyse the whole chart and advise you. Cod oil liver is a good nutrition supplement to give whether or not he has a good appetite.

About the speech, one of the things that help is engaging with other children and the fact that they are talking will help stimulate him. I would recommend consulting a speech therapist for a proper diagnosis and a way forward.

What should I do if I think my baby is constipated?

The notion of constipation varies with every baby. Normally, babies that are exclusively breastfed will pass stool from 8 times a day to 1 time a week with no problem (yes, very variable) as long as the baby is breastfeeding well, not vomiting and comfortable.

Once a baby is put on formula, the poo will start being more formed and the baby should poop from 3 times to once every 3 days and be ok. If you notice that he has gone a longer (than mentioned above) time without passing stool and he is fussier and not breastfeeding well or vomiting, you should consult your paediatrician because a baby less than 6 months should not be given anything orally other than breast milk and prescribed drugs but also, it could be a sign of something more dangerous.

If breastfeeding, what foods should I avoid?

While breastfeeding, there is no food that is really forbidden. You can eat safely all the food on the market nowadays and not be worried. But there are some exceptions; when the baby is being affected by some food that the mom is taking, you will be told to reduce some specific food.

For example, when a baby becomes very gassy, irritable, with diarrhoea or constipation (which is commonly called “colics”); we will advise you to reduce all food that you know usually makes you bloated because whatever you react to, the baby will react to it as well. We will also tell you to reduce the food that is already known to cause some bloating to anyone like beans, dairy, cabbages.

Items to be avoided: Any kind of supplements (herbal or animal) that is not recommended by your paediatrician/obstetrician.

Is it okay to use honey instead of sugar when weaning?

Sugar and honey are not recommended. Weaning babies can’t differentiate taste so it’s of no use to feed them sugar or honey.

If you get pregnant and have a previously breastfeeding baby, at which point should you stop breastfeeding? Or is it ok to tandem feed throughout the pregnancy?

Depends on the baby’s age. If he is at an age when we can wean safely, then we would rather wean. Otherwise, sometimes you can continue breastfeeding during the first trimester to mid-second trimester.

How do I know that my baby is well attached during breastfeeding?

There shouldn’t be any kissing sound while breastfeeding, the baby will be taking long gulps instead of him sucking vigorously. I think it is a bit difficult to describe online. But cracked nipples most of the time is a sign that the baby is not latching.

After how long is the baby supposed to be breastfed after delivery?

A breastfeeding session should go for around 15 to 20 minutes with good suckling. Mostly, after that, they are full. After birth, because there is much milk and the stomach is still small, every 10 minutes is okay. Breastfeed them at least every 3hrs ( even when sleeping more up to 4hrs, wake them up to feed).

Is there an average amount of milk that a 7months baby on weaning feed in a day, what is too little?

No. It will depend on the appetite of the baby and his diet. So it is difficult to say unless I assess him properly.

Does adding Blue band to the baby’s Uji add any nutritional value to him?

Not really. As long as you are giving a balanced diet, it is not needed.

How long should expressed milk stay before being declared expired

Depends on where it is stored. Around 4 hrs on a table, a day on the fridge door and up to a year in a deep freezer!

How many feeds per day should a 4month old baby feed?

Anything from 8 feeds and more per day.

I have a 3-month-old and I don’t have enough milk supply. Can I start with formulae?

Yes, you can but I would recommend first discuss with your paediatrician if there are no other options.

When burped can a newborn be put on the back to sleep or they have to be on the side?

Yes, they can. After burping they can be put back to sleep on the back with the head tilted to one side.

Is it good to start giving a baby some warm water before they are 3 months?

No. Before 6 months it shouldn’t be anything else other than breastmilk.

What should one do if her baby is less than 6 months and she doesn’t want to breastfeed or in a case where a mother has no enough milk?

Then we can add formula. Cow’s milk should be started FROM 1 year of age.

If you found this article helpful and you’d like to participate in the next WhatsApp chat, fill this form and we will reach out to you.