We must let go of the life we have planned, so as to accept the one that is waiting for us Joseph Campbell 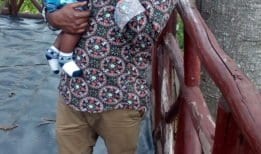 For most of my adult life, I’ve thought the hardest question anyone could ever ask me was; “Who do you think you are?”

Think about it. You also dread that question. I mean is it usually rhetoric or does it warrant a reply like ‘sexiest man alive’ which might sound braggadocio or maybe laughable…I don’t know! It’s just an annoyingly hard question.

Or so I thought, until just the other day at work a colleague of mine tapped my shoulder and whispered, “So baba G, how do you feel now that you’re about to celebrate your first father’s day as a dad?”

I froze. Firstly because what I was watching on my computer was not dad-like at all and that question was a tough reminder, and secondly because until that moment, I hadn’t thought about it.  And no I hadn’t forgotten, my brain just chose to place it on that section of my mind called “important but don’t think about it right now.”

Young first time dads celebrate fathers’ day the way girls celebrate their 30th birthday. They’re happy they’re still alive for it, but they’re afraid of what it means. It means reviewing your daddy-performance so far and asking, how awesome a dad have I been?

That’s why it’s such a momentous occasion.

I don’t know whether I should celebrate it because I honestly don’t know how I’ve performed. I constantly do things that as a dad, make me feel like a failure. For example sometimes on my way home from work, tired as a Kinoo-Regen makanga, I silently hope that I’ll find my son asleep so that I don’t have to deal with him. I know that’s wrong, and there’s nothing worth celebrating about it, but I know a young gentleman who left his girlfriend when she was pregnant with their now 6 year old son..and I’m sure he must get really embarrassed every fathers’ day. So because of him, I’ll celebrate.

Sometimes I silently curse when I’m buying his diapers. I calculate the number of sneakers that that money could get me, I see all the places that money could take me, I smell all the richly brewed beer that money could buy, and I know its wrong. Awesome fathers shouldn’t think in those lines. But then I turn on the news and I see a man who beat up his wife in front of their 3 year old and I wonder what such a man thinks of fathers’ day. So because of him, I’ll celebrate.

Sometimes I make his mum struggle carrying him around the house while she’s doing other chores simply because I don’t want to stop playing the new FIFA 16. I know its selfish, and kinda immature depending on how much you like gaming. But then I turn on the radio and listen to a man bragging how he dumped his wife and a day old baby simply because she gave birth to girl. AGAIN. I wonder what such a man does on fathers’ day.

So because of him, I’ll celebrate. 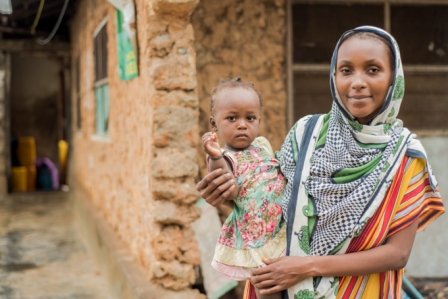 I sighed and whispered back into my colleague’s ear “I feel great. It’s been tough but I wouldn’t take anything back. Can’t wait to celebrate it.”

She smiled and thoughtfully said “I’m so proud of you. So anyway, what are you doing to celebrate?”

“I don’t know yet, maybe I’ll ask the missus to buy diapers this month so that I can afford some beer, then I’ll ask her to go out for a walk with him so that I can play a few FIFA games without disturbance and hope he’ll come back asleep so that I don’t have to deal with him at all.” I responded.

Read more about his fatherhood experience on Kariuki’s Blog.

Enjoy a on the MumsVillageShop. Use STAY10 on checkout.​