7 Things No One tells You about Cross-Cultural Relationships - MumsVillage 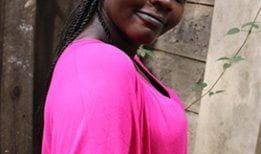 7 Things No One tells You about Cross-Cultural Relationships

Cross-cultural relationships are nothing new in our society. Gone are the days when automatically one got married to a spouse from the same community or tribe. Cultural differences add spice to a relationship.

However, they can also bring about some unique challenges. Here is how to navigate such hiccups like a pro:

1. Say it – We all have preconceived notions regarding other cultures and races. Just because your significant other sees beyond them does not mean that all his peers will. This is an observation by Caroline, an American who has been married to Kirui, a Kenyan for six years. She says that her biggest challenge at the beginning was offensive remarks made by his friends.

“Each time I felt offended, I talked to him about it and he would deal with it,” she says. This stopped her from getting resentful. Over the years, she has heard many remarks about the colour of her skin but she says she learnt not to quickly take offence.

2. You may have to learn their language – “When he took me home the first time, I kept asking myself how I could prove myself to be a worthy daughter-in-law to his family if we couldn’t even understand each other,” Caroline says.

She imagined that it was enough that the two of them could communicate. When she met the rest of his family who mostly spoke their mother tongue, she often felt alienated. Sometimes she even feared that they were speaking about her. Now, with a lot of patience, she has learnt conversational Kalenjin, a big compromise she had never anticipated.

3. The Homesickness – Cross-cultural marriages sometimes involve one party relocating to the home country of their beloved. If you make the move, you will definitely feel homesick. To counter this, keep in touch with relatives and friends, but also focus on putting down roots and building strong networks of friends in your new home.

“My husband has been very supportive and understanding especially during the holidays. He has also encouraged me to forge friendships with a few American women living in Nairobi,” Caroline says.

4. Assume Nothing – Your culture and upbringing has conditioned you to think in a particular way. Your undying love and acceptance of your partner will not automatically change all this. When she met her Asian husband, Anita, a 28-year-old woman born and raised in Kitui promised herself that she would be accommodating of his religion. She is a Christian while he is Muslim. The intensity of their differences hit home when they found themselves having fights about minor issues like what food to cook. She smiles,“Some of these differences do not go away. You will just have to handle each misunderstanding as it comes.”

5. Leaning in – Nyokabi, 33, grew up hearing how all successful couples had a close circle of friends and family that helped them stay together. Then she married a man from a Western Kenya and realised that most of those close to them were unsupportive. “The realisation that we only had each other was a game-changer. We stopped fighting each other and started fighting to stay together,” she says.

6. Children intensify differences – The first three years of Monica’s marriage were smooth. She had imagined that a child would bring them closer but instead, they almost broke up. “He wanted his son to be raised exactly the same way that he was raised. Suddenly, I wasn’t good enough,” she recalls.

After much negotiation, they managed to compromise on the specific roles of each partner and the extent In-laws would be involved. It was not easy, but ultimately it did bring them closer together.

7. Humour goes a long way – Anita and her husband get around some of their differences by poking fun at each other’s cultural differences. Rather than criticise, they laugh at how each one  pronounces certain words.  Educate yourself about your spouse’s culture, and try to adopt some of their practises. Anita adds, “My husband was shocked when our son was a few months old and I suggested we take him to his mother’s so she could shave his head. He had never heard of that tradition so he was impressed that I had done my research.  He still teases me about it.”

Regardless of internal or external pressures, such relationships have a high-success rate. So long as the couple remain focused on their primary reason for being together – love. Danny says, “My wife is Asian and at work my colleagues learned not to say much. This is because whenever they see us together, they can see how deeply we love each other.”

Cross-cultural relationships often involve much self-sacrifice and hard work from the onset to surmount external barriers. The result is often a much deeper commitment and enduring love among such couples.

Why Some People Can’t Find Love

Shop Mum and Baby Products From The MumsVillageShop

Don’t Forget to Register for our weekly newsletter and follow us for more love and relationships on our Facebook page!