My Experience Co-parenting with an Absentee Baby Daddy - MumsVillage 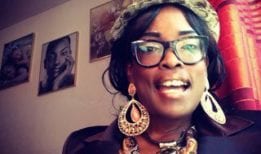 My Experience Co-parenting with an Absentee Baby Daddy

Baby daddies aka men who abandon their own aka absentee fathers. If there’s one question I would ask such guys who dodge their responsibility, it would be, “What on earth were you thinking?”

A second question would be, “How do you even sleep at night knowing that your offspring is somewhere out there?”

Every so often, we have a dude resurface, wishing to be a part of the child’s life; he saunters back with confidence, like a red carpet should be rolled out for him. You as Baby mama is expected to shut your eyes and sweep everything under the carpet, in the ‘spirit of forgiveness’ and be happy in the new co-parenting position. It can be difficult.

I know this, because I am living it.

Two weeks after we reconnected, and a week after I’d sent him a vicious e-mail, with a below-the-belt hit; comparing him to an anonymous sperm donor for his minimal contribution to our daughter’s upkeep; I found myself laughing at jokes Baby daddy was cracking over the phone.

He’s being all sweet and a wee-bit flirty. Deja-vu all over again; channelling the softer version of himself; the one I met over a decade ago, that cared so deeply he made me giddy with love and left my friends feeling a little envious and enamoured.

After we both hung up, I banged my head on the wall for cackling out loud. I had rehearsed one-word icy responses for times like this, “No” “Yes” “Maybe” “Fine”…but he had called late morning, certain that our kid was in school. I wasn’t prepared; it felt much like I’d walked into a booby trap. I’d been ambushed. Smart guy.

My guard is still up though. He doesn’t get a free pass. There are a few things being a single mum in Europe has done to me. I feel jaded, my psyche eviscerated.

For the sake of my daughter, I’ve found myself bending a little; my hard heart has become pliable. She’s growing, and her questions have evolved to take a life of their own. They are more profound, with some depth to them. A bilingual child, her command of complex English vocabulary is impressive.

It was easier to keep her all to myself when she was a drooling, pooping baby. All she required was to be fed, kept warm, entertained and look pretty.

Whenever her dad would send those carefully worded emails which passed off a vibe of someone subdued and battle-weary; my alter ego feral-Felicity roared out of the shadows.

She did a good job of making him feel small. She came up with the point formatted responses…a) we were not friends, b) he was not allowed anywhere near my house, and c) he was free to see his child but he’d have to go through the courts for official visitation rights.

Now, my daughter has morphed into a pre-pubescent on an independent path of her own and I’m trying to keep up with her whims. I’ve found ways to fill the gaps in my own life. Travel is my new love.

For my daughter; the trips, the bonding, the shopping and our girly, mother-daughter dates have hardly compensated for lack of a father. She’s not so much into travel. She gags at foreign food, gets irritated at beggars who rush to us in some of these countries.

Sometimes she also gets tired and bored when we’re on walking tours. She mostly wants to stay at home and play with friends during vacation time. While I am hoping she will want the same things I craved for at her age; to travel with my folks.

So one night as I lay down beside her, to help nod off faster, she brought up the topic of her dad in an all so familiar whisper.

I got down to her level; feeling sorry that my poor choices had brought her into these circumstances. It’s a realisation that she’s had to make do with an absentee father while I had the best relationship with an ever-present dad.

So we prayed. We prayed for her dad to get in touch with her, or for a new father. I had been routing for a new dad for her but that was still work in progress.

I was flat out opposed to tracing her dad in Amsterdam where he last stayed. However, she had my blessing to do so when she was 18. Putting this issue into God’s hands would grant me some respite.

As Christians, believing in the goodness of God, we are not meant to be shocked at the speed God answers our prayers. I believe God answered the little one’s prayer speedily probably to develop her young faith, to show her that He was not only the God in her bible stories but that he was a God of today, an alive God who was able to bring her dad back to her.

Now that I have permitted the father of my daughter communication, she chats with him on phone the times he calls sporadically. He has let me know that he finally got his doctorate and that he landed a position in Kenya.

“Kenya is a very beautiful country,” he says and blurts out to everyone who listens that his kid is half-Kenyan and that he would love to stay long-term.

To me, it’s all wishful thinking on his part. When I let him back in our lives, I expected for him to hit the ground running, to take up the child support baton immediately instead of dilly-dallying with rhetoric and niceties. For Christ’s sake, it’s been a decade already.

My e-mails have come down a notch in their tone, but I still complain when I note inconsistencies.

His communication with our girl leaves a lot to be desired. Signing off a call each time with the promise to call the following day, then next calling after a week or so, leaves a bitter taste in her mouth; an urge deferred when she’d like further communication to familiarise herself with the man she calls dad. Her requests to Skype so that she can see him face-to-face have been brushed aside. Not okay.

On my part, I find the flirting not the least bit endearing. It is actually a source of irritation. I welcome a thought out plan, a road-map if you may, for our daughter’s future. For him to be vague about plans but serious with jokes is a time-wasting loop meant to distract.

I wouldn’t want to place my focus on trying to decipher the enigma that he is. I’m giving a chance for co-parenting, but I’m a-woke. God knows I’m awoke.

Register for our weekly newsletter and follow us for more information and resources on parenting on MumsVillage Facebook page!