Other Articles from Valentine Njoroge

You may find that while you love your child, you cannot stand your teenager.  Don’t worry, you are not alone; one mother said ‘nobody but teenagers likes teenagers’.  They are designed to push against their parents and become individuals.  They think their intellect is growing exponentially while yours, well it left the building the minute their pubic hair arrived. 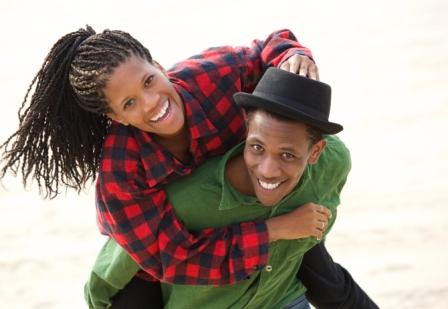 With all this going on in the background, the idea of spending more time in conversation with your pubescent child may seem like torture, but Mum, Dad, we must. Major life altering decisions are made in these years – to have or not to have sex, what subjects to take and therefore what career to pursue etc.  At times it will seem that your child really isn’t listening. But, studies have shown that one of the most important predictors of responsible sexual activity later on in life is the amount of open communication the child received about sexuality.  You also want to place your child in the correct peer group because we all know that peer pressure works.

You can buy several books on the biological changes that are occurring with your teenager and pass them along.  Nobody wants to sit through Mum’s recital of deepening voices, broadening shoulders or hips, the growth of breasts etc.  That said, adolescence is the time to pass on your values, your perspectives or as I call them, your goggles.

Be they Christian, Muslim, or free loving hippie; we all have them and if you don’t talk to your kids, they will acquire goggles from somewhere.  Here are some topics that call for candor and goggles.  Try and talk about these things in the middle of other activities like car trips to and from school, walks around your neighbourhood, cooking etc so you and your child do not feel like you are confronting each other. You could also give them this series to read and start the conversation there.

Heterosexuality, bisexuality, and homosexuality refer to an emotional, physical, romantic and sexual attraction toward members of the opposite sex, both sexes, or the same sex respectively. These are the terms used to describe a person’s sexual orientation.  While homosexual activity is criminalised in this country and perhaps by your value system, please teach children compassion?

A gay or lesbian or bisexual teen may spend a great deal of time and energy hiding his or her sexual orientation in order to be accepted by society, loved ones, or peers. Young people who are grappling with the process of self-discovery about their sexuality need your guidance, support and understanding.

Your teenager has heard that they should not have sex because there are diseases out there and he or she is not ready to be a parent.  Ignorance is never the answer to the problem of teenage pregnancy. Talk to your child about birth control, pregnancy prevention and the reality of STIs. Arm them with information that they can take out into the world and protect themselves.  You may even want to put your daughter on the pill or have an IUD implanted.

If you are going to tell your kids to be abstinent, please remember it is the path of most resistance.  Fear works but not the fear of disease and pregnancy or going to hell.  Rather it is the fear of being ostracized by peers and fear of failure in the eyes of peers.  This fear can mitigate nature’s driving force to have sex and reproduce.  If you couple this fear with an achieving peer group and talk about what awaits your child in a few years – college, university, employment, independence etc then you may just have a winning formula.

We tackle your most frequently asked questions in part 5 so please email me valentine@dada.co.ke