A baby is a joyful addition to a woman’s life. Joy is what is expected. So when a woman delivers and experiences feelings contrary to joy, she hides.

On one hand, the world is telling her how happy and grateful she should be for her adorable bundle of joy. Deep inside, she is experiencing a myriad of emotions. Afraid of being branded a bad mother, she tries to appear normal while she is crumbling inside. In the end, few of postnatal depression experiences are told out aloud. Women sometimes experience hormonal fluctuations in the weeks after delivery often known as baby blues.

Plus, the symptoms are intense and last much longer. Three mothers give us a peek into how post-partum depression looks from the inside;

1) Feeling overwhelmed – Mother of one Cynthia Mwihaki had heard about post-partum depression but thought little of it. She enjoyed her pregnancy and had an easy delivery. The twelve weeks that followed were exhilarating as the new family bonded. Then, just as Cynthia was due to get back to work, the bottom started to drop off.

“I felt these intense feelings of guilt and sadness. We had been trying to have a baby for a few years but now that she was here, I felt like I couldn’t do it. I would spend hours at a time just crying. Some days, I would be too overwhelmed to handle the ordinary daily household tasks.”

2) Difficulty bonding with baby – When you have been trying for a baby for as long as Cynthia and her husband had been, you expect a burst of that mythical bonding upon delivery. Cynthia didn’t feel this connection to her baby or to the world around her. “It was scary that I didn’t feel something that was expected to be natural and even worse that I couldn’t really talk about it.”

Eventually, her husband began worrying about the fact that she didn’t want to hold the baby and had stopped breastfeeding her. Deciding that something was wrong, he sought help.

3) Feeling out of control – Often times, husbands of women suffering from post-partum depression are the ones that bear the brunt of it. Women with post-partum depression can be angry, moody and irritable. Mother of two Maria Munke shares that when she came home from the hospital with her second child, she just couldn’t stand her husband.

“I got angry at everything he did, I yelled at him and refused to feed the child. I felt very out of control and I hated it.”

This anger and irritability can also be directed at the newborn or other people around you especially those who do not have children.

4) Appetite issues – Some women suffering from post-partum depression can’t eat. They lose weight drastically due to breastfeeding and poor eating habits. When people comment about how thin they’ve become, it only makes them feel worse. Some PPD sufferers are on the other extreme: When she was battling with her mood disorder,

Maria shares that “food was the only thing that helped me feel a little bit better.”

In a few short months, she piled fifteen kilograms onto her post-baby body. This only worsened her depression.

5) Intuition – Irine Mwiti, a single mother of one, hadn’t heard about post-partum depression before her diagnosis. As soon as she had her child however, she knew that something was wrong with her.

“I had these intense mood fluctuations, I would be happy and playing with the baby one minute and bawling my eyes out the next, for no reason at all.”

Initially, she imagined that it was the stress of new motherhood but when it persisted, she began thinking that she had lost her mind. Sadly, she was in a frosty relationship and feared that her then-husband and in-laws would take away her child. The marriage broke down anyway. Finally, with the help of a psychotherapist friend, she recovered.

6)  Worry – Irine remembers going to the clinic countless times worrying about her baby’s health, that the baby wasn’t adding enough weight. When she was turned back several times, she turned the worry on herself.

“It was a nagging feeling that something was terribly wrong and it was just a matter of time before things came tumbling down.”

From her diagnosis, her stressful home situations likely triggered her depression. So she learned to take deep breaths and live one day at a time. Recovery, she says, was quite a process. “Talking about it, getting out back into the sunshine and taking care of myself helped a great deal in my gradual recovery.” 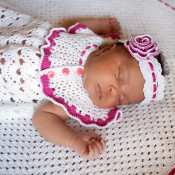 NOTE: In extreme cases, some women with Post Natal Depression (PND) suffer from panic attacks that include periods of sweating, rapid heartbeats, and even fainting. Others are unable to function, get out of bed, leave the house or even be around people.

If you feel that you or someone you know, might be at risk, please see our Postpartum Depression checklist.

You may also like: Postpartum Bleeding: What to Expect

Register for our weekly newsletter and follow us for more information and resources on postpartum depression on MumsVillage Facebook page!