The 10th Edition of the Koroga Festival - MumsVillage

When you start to do the things that you truly love, it wouldn’t matter whether it is Monday or Friday; you would be so excited to wake up each morning to work on your passions. Edmond Mbiakading

The 10th Edition of the Koroga Festival

Home » Lifestyle » The 10th Edition of the Koroga Festival

The 10th edition of Koroga Festival, a bi-monthly music and arts festival marked the first event of the New Year at Nairobi’s Arboretum Gardens Sunday.

The event featured several top Kenyan musicians. Opening the stage was John Boniface Maina popularly known as JB Maina, who was backed up by colorfully dressed dancers. He gave a good performance in his native language, Kikuyu. Following him on stage was the King of Ohangla Tony Nyadundo who gracefully interacted with the audience during the start of his Luo set before taking the stage.

He was later followed by Ken Wa Maria backed up by animal print dressed back up dancers and male back up vocalist, all dressed in a Maasai inspired kangas. The Kamba singer gave an electrifying performance that saw majority of the audience moving to the dance floor.

The headliner of the evening was the ever versatile Ugandan musician, Jose Chameleone who was ushered on stage by his younger brother Pallaso who also performed a reggae inspired set.

Apart from the massive action on stage, the Koroga Festival also had other highlighting moments; there was guest appearance by Royal Family of Reggae, Morgan Heritage who had just jetted in from Malawi. The crowd was mostly mature and family friendly.

The kids had a lot of activities to choose from, which included bouncing castle, trampoline, candy floss and train rides among other activities. 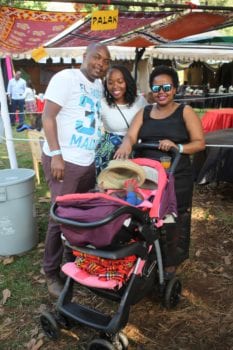 The Festival showed a reflection of Kenya’s brilliant and diverse local talent, also attracting leading artists from all over the world through music, fashion, food and arts. 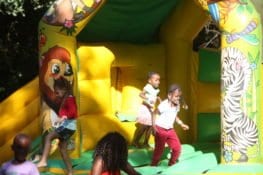