Other Articles from SLEEPOUT KENYA

This is Africa : 7 Must-See African Lakes

There is something about large bodies of water that draws humans and animals alike.

Maybe it’s the silence that engulfs their surroundings, the tiny ripples of water, the harmonious sounds of waves washing up on the shores, or simply being out in the middle of nowhere, but it’s a truly wonderful experience and any trip to Africa would not be complete without a visit to these incredible bodies of water.  Here are seven of the most incredible lakes in Africa:

Lake Kariba stretches across 1,300 kilometres upstream from the Indian Ocean, along the Zambia-Zimbabwe border. 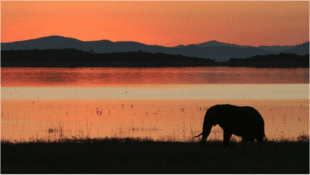 Kariba, which is the world’s largest man-made lake and reservoir by volume, was filled between 1958 and 1963 following the completion of the Kariba dam at its northern eastern end, flooding Kariba Gorge on the Zambezi River.

Lake Victoria is the world’s second largest freshwater lake after Lake Superior in North America, covering an area of 68,800 square kilometres, roughly the size of the Republic of Ireland.

The lake, located in Kisumu County in Kenya, stands as Africa’s largest lake by area and the largest tropical lake in the world.

Located between Malawi, Mozambique and Tanzania, Lake Malawi has enjoyed its fair share of attention from visitors arriving to Malawi from other African countries and abroad. 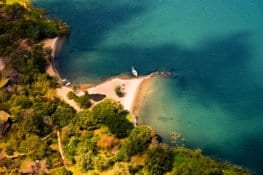 It stands as the third largest lake in Africa and the ninth largest in the world earning a place in the history books as a UNESCO World Heritage site.

Lake Naivasha is a freshwater lake lying outside the town of Naivasha and an hour and a half drive from Kenya’s capital of Nairobi. 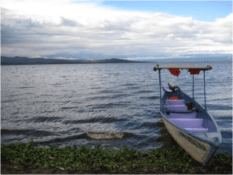 The name, Naivasha, is derived from Maasai name Nai’posha to mean rough water because of storms which often come to the area.

The lake is also second largest in Eastern Africa and is shared by four countries;Tanzania, the Democratic Republic of Congo (DRC), Burundi and Zambia. Tanzania has the largest chunk of the lake at 46 percent while DRC has 40 per cent.

Lake Naverone is located on the foot of Southern Drankensberg in South Africa, in a secluded location in a valley in the foothills of Southern Drakensberg – a UNESCO world Heritage Site.

Surrounded by a 400-hectare estate, Lake Naverone provides an idyllic retreat spot for you and your family or friends to enjoy a truly uninterrupted experience of nature.

While here you can take part in a variety of activities including trout fishing, hiking, mountain biking, horse riding, birding and photography.

Lake Nakuru is a shallow alkaline lake occupying 25 per cent of the park and is home to close to 2 million flamingos which create a pink blanket layer from a distance as they feed on algae which grows on the water’s bank. 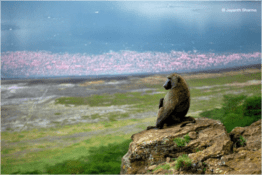 Due to El Nino weather patterns that regularly flood the lake and change the alkaline balance, flamingo populations are known to temporarily drop off but eventually return to their regular numbers.

The lake is located in the town of Nakuru, a two-hour drive from Nairobi making it easily accessible for tourists and locals stopping through Nairobi.

Book your travels in Africa on SleepOut.com