Other Articles from Santinah Nyagah

Walking into the Kenya National Wildlife Services Head Office on a drizzly Saturday morning the 30th of April 2016, I was determined that nothing was going to keep me away from this historic moment.

Read More: Save The Elephants-Light A Fire

The light  drizzle was a poignant reminder of the tremendously symbolic event of what Kenya was about to do. It was going to set ablaze 105 tonnes of ivory tusks which previously belonged to a symbol of the  African continent, the elephant. More than 20,000 litres of both diesel and kerosene generously donated by Total Kenya was needed to ensure that the tusks and rhino horns were turned into ash come rain or snow. 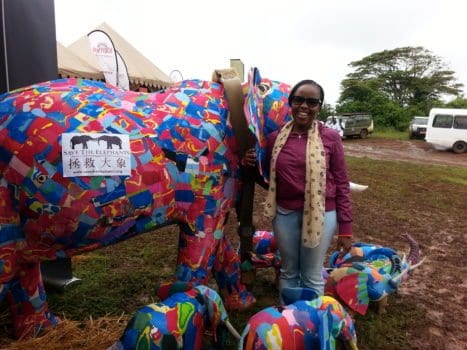 Did you know elephants have the longest gestation period of any mammal, they carry their young one for more than 24 months before they give birth? Did you also know that when a member of a herd dies of old age or from human activities such as poaching, the herd mourns? Did you also know these giants have a great memory? Elephants are matriarchal and when a female elephant is killed their calves at 13 years are too young to fend for themselves, many die of hunger because they are not mature enough to know where the watering holes are or what to eat. 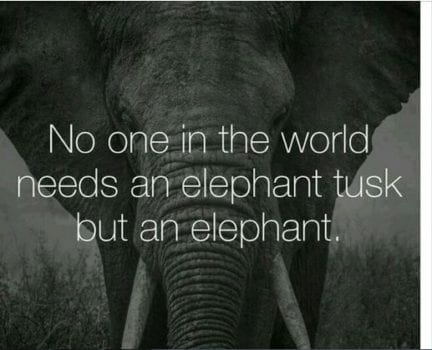 Even with the heavy downpour that left the grounds at the picnic site soggy and wet, conservationists, government and political leaders as well as a large battery of international press turned out in their numbers to witness the historic event. Almost everyone had wellington boots and my pink canvas shoes were a sight to behold
at the end of the day. Caked in mud you could hardly tell what colour they had been. Star struck as I was, I braved through the mud and got the opportunity to get a selfie with that affable Richard Leakey the current chairman of the Kenya Wildlife Service. 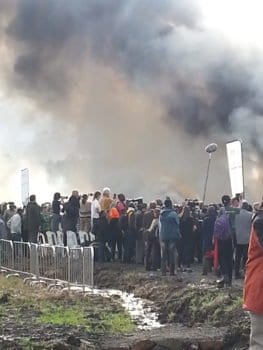 Read More: Getting a Kenyan Passport for your Child-The New Rules
The Secretary General of CITES, John E. Scanlon in his speech lauded Kenya’s decision to set a precedent by burning its stock pile of ivory and rhino horns, thereby sending a very strong message that it would not tolerate  the trade in wildlife. He closed his speech with this message to poachers. “You cannot hide, stockpile ivory horns you will be found. We are after you,we will get you,we will punish you.” 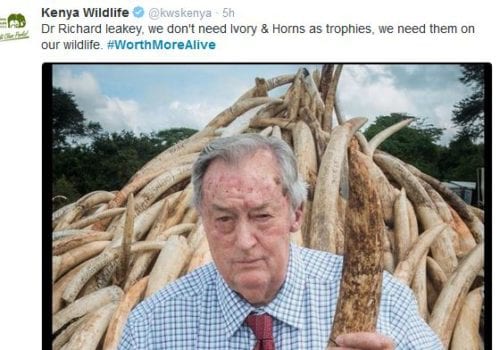 Richard Leakey followed shortly after, and it was such a pleasure listening to him. You can tell the love he has for his country, its people, wildlife and natural resources. He gave quite a compelling lesson on the impact of poaching of elephants. “The distance from Dar es Salaam to Nairobi is 824.2 kilometers, journey by road will take you 12 hours and 54 minutes. The number of elephants killed for the 105 tonnes of stock of ivory that was being set ablaze this Saturday would stretch that far if  arranged  tail to tail!” At that point I wanted to cry. Dr Leakey sat down to a thunderous applause when he appealed for the formation of a body that would deal with the killing of endangered species. 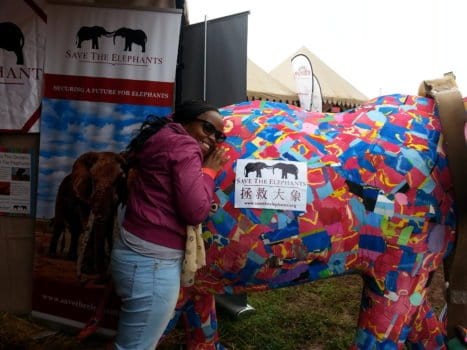 The event brought to light the need for all  Kenyans to be concerned when we are losing so much of our natural resources to illegal trade in wildlife. It should not only be left to conservationists. It should concern all of us when our gentle giants have become refugees in their natural habitats. 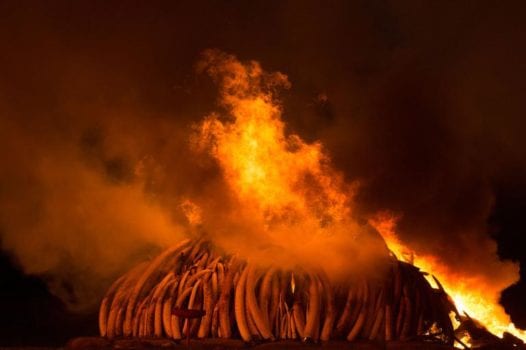 May we always remember that we hold these resources in trust for future generations of Kenyans as well as the rest of the world. Our elephants are #worthmorealive.