Celebrating Diwali in Kenya? Here's what to Expect - MumsVillage 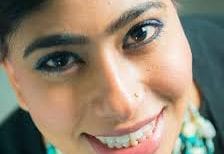 Other Articles from Ravneet Sehmi

Celebrating Diwali in Kenya? Here’s what to Expect

Home » Lifestyle » Celebrating Diwali in Kenya? Here’s what to Expect

Kenyan Hindus have for generations on celebrated Diwali with aplomb. Although, the day is not a gazetted public holiday, the faithful members of the community take the day off to perform their rituals.

It’s that time of the year again in the Hindu calendar. It is one of the most jubilantly celebrated festivals throughout the world; for wherever there is a Hindu, in the darkest corners of the world, there would be at least a diya (lantern) lit during this vibrant festival – Diwali. And wherever the population of Hindus is significant, the celebrations are bountiful and limitless.

Devotees of all age groups join in the celebrations, taking with them spiritual upliftment, nourishment of the soul, joys of socialization and festivities galore.

The origin of Diwali dates back to ancient times; it being a significant festival around which various myths are coined. Of late, the significance of Diwali varies depending on the part of India one hails from.

For instance, the rituals and reasons for celebrating this occasion are different in North India from South or West of India!  Interestingly, while some communities celebrate it with much fervor (read: by bursting loud firecrackers) others usher in this important day in moderate festivities.

On the day, members visit temples to seek divine blessings after which they spend time in the company of friends and relatives.

The preparations for the day start early, with most sweetmeat shops getting overwhelmed with mithai orders. From new clothes for family members, to delightful décor in the house, to scrumptious foods and gifts; nothing is left undone to ensure the festival is glorious and memorable at best.

In the evening, families gather at designated places to burst firecrackers. The government issues a notice to burst crackers only during specified hours; bursting crackers in residential areas is not permitted.

Parties are common during this time; where members meet, play cards and make merry. Others host get-together dinners to usher in the festival with the near and dear ones.

Diwali is not complete without lights and firecrackers. It’s as simple as that.

However, common beliefs imply that the sound of firecrackers is to make gods aware of the plentiful state of people living on earth. The lighting of lamps ‘is an expression of obeisance to the heavens for the attainment of health, wealth, knowledge, peace and prosperity.’

Some adults also carry on the tradition of gambling during Diwali;

This has a historical belief stating that Goddes Parvati played dice with her husband, Lord Shiva. The custom is that, ‘whosoever gambled on Diwali night would prosper throughout the ensuing year.’ This is purely a belief, and not a fact.

Images and text courtesy of The Asian Weekly. More similar stories on their site.

What you didn’t Know about the Meaning of Diwali

How I Celebrate Christmas as a Hindu Mum

Shree Swaminarayan Hospital Maternity Package
We use cookies to ensure that we give you the best experience on our website. If you continue to use this site we will assume that you are happy with it.Ok

Shree Swaminarayan Hospital Maternity Package
We use cookies to ensure that we give you the best experience on our website. If you continue to use this site we will assume that you are happy with it.Ok