Pre-Natal Yoga Is Great for a Mum's Health - MumsVillage

Today is the International Yoga Day. According to the idayofyoga.org, Yoga is a 5,000-year-old physical, mental and spiritual practice from India, which aims to transform both body and mind. 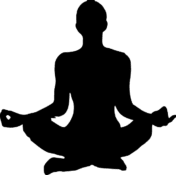 On December 11 in 2014, the United Nations General Assembly declared June 21st as the International Day of Yoga. The declaration came after the call for the adoption of June 21st as International Day of Yoga by Indian Prime Minister, Narendra Modi during his address to UN General Assembly on September 27, 2014 wherein he stated: “Yoga is an invaluable gift of India’s ancient tradition. It embodies unity of mind and body; thought and action; restraint and fulfillment; harmony between man and nature; a holistic approach to health and well-being. It is not about exercise but to discover the sense of oneness with yourself, the world and the nature. ”

This year’s theme is Yoga Health.

For pregnant women, Pre-natal yoga breathing techniques might help you reduce or manage shortness of breath during pregnancy and work through contractions during labour. It also helps in calming your mind and body which is great for your emotional and physical health during pregnancy.

Thinking of taking up Pre-natal Yoga, here are a few things you need to consider. 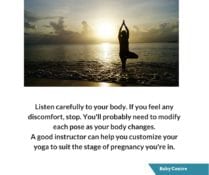 For beginners, the Prenatal Yoga Center  enables you to take yoga anywhere in the world for free, some of their videos include:

NB- Don’t Begin any exercise program during pregnancy Before consulting with your health care provider.