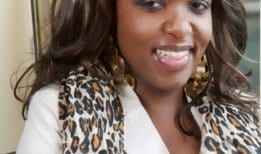 Other Articles from Nyakarima King

Confessions of an (Almost) Kenyan Cougar

I’m not one to judge and whatever floats your boat is determined by you, but I’ve always dated guys who were older than me. I’m very confident, secure, active in things that interest me and really have no time to expend on drama in a relationship or with people in general.

You know, getting into arguments about silly things like “you did not answer my call at the first ring.” (Excuse me maybe I was in the shower, should I be on standby just waiting for you to call)

I don’t go through a man’s phone; I do not try to win him over if some other girl is pursuing him. I don’t get riled up if we are out and he stares at another girl not because she’s way hotter than me but because he wants to provoke me into a jealous state. The kind of man I gel well with is usually much more accomplished than I am, very busy with his own set of businesses and interests and secure in who he is.

This kind of man, more often than not, is older than me. Never in my entire life have I envisioned or even wished to be a cougar, but lo and behold…I think it is my new fate. This state has been unceremoniously thrust into my lap. I announced my age to the world the other day. But I have a little problem; I don’t seem to be growing old. I’m not bragging, it’s the weirdest thing ever and everyone I meet and tells my REAL age goes into an hour long conversation of how that could not be true…..apparently I am very immature and my body does not show signs of aging.

I just had a conversation about this today and about a month ago I went to a get together with my girlfriends who invited their girlfriends. Two hours later this striking Russian girl tells me she is sad because she had a bad break up and thinks she will never find love again. Speaking from experience I told her she was very young and beautiful and there was no way she could not find love again. I continued and told her,”By the time you are my age, breakups lose their sting and one is able to get over someone very quickly.” This is what led to me revealing how really old I was and she got REALLY mad and thought I was lying because the whole time we were talking, she assumed I was 26.

You would think that this not aging thing is actually good and perhaps I’m just bragging, no! It has brought with it a big problem. In the past 3 years I’ve noticed the men who actually approach me are very young men. As in 10 years younger than me. First guy who I dated for a while was 31. Of course I did not tell him my age. I told his friend that I was 33 and his friend went and spread the rumor in Sweden that I was so old and he was like,”But you’ve really taken care of yourself.” Then the guy I was dating found out that I was ‘2’ years older than him and was making a hullabaloo that he was dating such a mama and I was thinking, “Dude if you only knew the truth.”

Why Some People can’t Find Love

So last year I met this very handsome boy in my church.  I was like perfect; handsome- check, black- check, loves Jesus- check……He was 27. Like seriously. I had the age talk with him and he said, “Don’t bother proving your age to me because you guys in Kenya can get another passport.” Seriously. Already I subtract 5 years from my age so it can be a little palatable but even the new number was rejected.

The thing is I really do not want to date a young guy or a ben 10 as I was told they are called in Kenya.

The 27 year old would spend all his time glued to his phone and occasionally talk to you. Omg so the whole phone social media addiction is real. I don’t look at my phone even once while talking to anyone. And he’d ask me to take many pictures of just himself and take selfies. And call me a million times a day…Dude, if you call me twice or once a day that is very OK with me. And told me he woke up to watch a movie…I only watch TV when I’ve done a million things in the day.

If God has decided I will be a cougar, what does that mean? Do I have to pay a man’s bills (the way I’m stingy)?Do I have to call and pursue them? (I don’t do that) Do I have to act insecure and jealous for them to feel better about themselves? Do I have to fight another cougar and have my natural hair pulled out to declare my undying love? Oh God.

I do not know the cougar protocol and I’m really praying that this cougar cup is taken away from me.

Anyone with any cougar experiences that can give me some tips?

Have you been to the MumsVillageShop? Click Here to Explore