It is time for parents to teach young people that in diversity there is beauty and there is strength. Maya Angelou

(This excerpt has been posted with permission from the author and is not to be reproduced.)

The instant Phoebe stepped into the Great Hall, the scent of sweet spices wafted into her nostrils. She stood still, trying to absorb the scene before her. A large, two-story dome glistened at the center of the cavernous room—a glass structure embellished with several golden images of a lion’s head. Countless ornamental glass bottles ablaze with firelight formed a circle around the base of the dome, washing the room in warm light. Inside, long tables, garnished with white moon flowers, had been arranged in three rows in front of a wide stage. The festive tables were packed with hundreds of students whose backs faced Phoebe and Hayley.

“Over there.” Phoebe nodded toward the only two empty seats at the last row of tables near the dome’s entrance.

Hayley charged forward, pulling Phoebe along with her.

“Don’t look,” Hayley whispered, “but we’re getting the evil eye.”

“Crap.” Phoebe cringed at the disapproving glare she got from some faculty members. Great first impression, she thought.

“Next,” a commanding male baritone bellowed, as Phoebe and Hayley settled into their seats. “I call before you Xavier Reno.”

Phoebe’s eyes followed an elaborate marble staircase, one of a pair that spiraled upward to a balcony that was situated under the dome’s ceiling and to the right side of the stage. There, a middle-aged man with a prominent aquiline nose and deep sunken eyes stood peering down at the crowd. He wore a purple toga that swathed him in silken waves. From her father’s description, Phoebe knew at once that this man must be Professor Yori, Headmaster of the Campus Below.

Phoebe turned her attention to the stage where a male student draped in an ivory toga rose from a bench. After a nervous glance at a blond, heavyset girl next to him, also in a toga, who gave an encouraging smile, the boy moved forward, tugging up fistfuls of cloth to prevent tripping as he walked. He arrived at center stage, and cautiously picked up a luminous object from a round, gilded table.

Hayley gasped, shifting in her seat for a better view. “Utaviium,” she said, faster than Phoebe could think it. And it was. Thin and cylindrical, Utaviium was a pale blue crystal enchanted to capture and hold a single bolt of lightning. It was beautiful to look at; both of the girls sat transfixed, focused on the frenetic light within the crystal.

In the moment of those words’ utterance, several things happened at once. The boy’s toga slipped to the floor. He smashed the Utaviium at his feet. A massive wave of energy rippled through the dome, and for an instant, Phoebe was blinded by the intensity of its accompanying light. When her vision recovered, a giant, red falcon stood where the boy had been.

Spreading his bejeweled fingers across the balcony’s railing, Professor Yori spoke down to the majestic bird, “Son of Osiah, rise!” Phoebe watched a pair of iridescent wings unfold sleekly, wings that from tip to tip spanned the width of the stage. The falcon lifted and lowered them slowly. The students erupted with applause as he took silent flight, faltered for a moment, then shot upward to a long perch suspended from the dome’s ceiling by gold chains. All heads peered up as, beating his wings inward to steady himself, the falcon took his place on the perch next to a silver eagle and a black hawk.

Phoebe glanced to her side. She saw Hayley’s eyes ablaze with her own excitement. Never before had she seen the mind-thrilling spectacle of a first time Conversion. 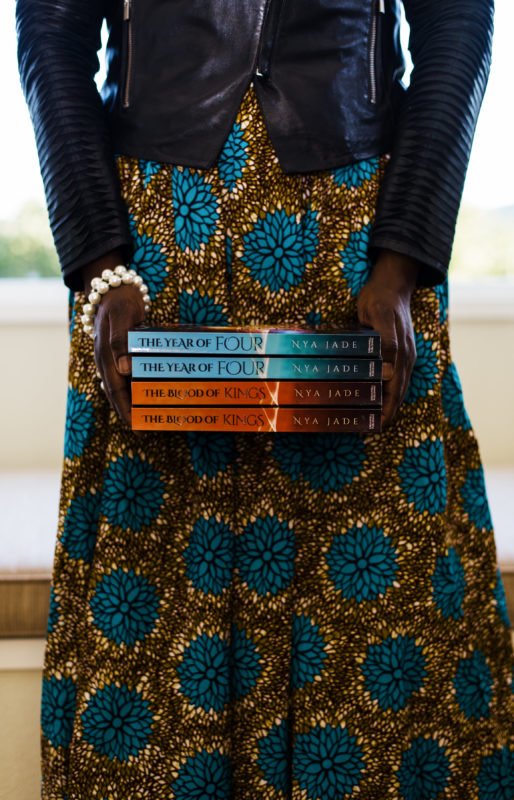 Books in the Phoebe Pope Series:

The Blood of Kings (Book 2)

Sixteen-year-old Phoebe Pope has enrolled at the Campus Below: a spy academy for shape-shifters hidden deep beneath the grounds of a boarding school whose humans unknowingly protect it. There, thanks to a carefully planned schedule, she leads a double life: spy trainee Below and normal teenager Above.

As if two course loads, concealing a secret power she alone wields, and coping with her father’s recent death weren’t enough, Phoebe finds herself developing major feelings for actor and teen heartthrob Colten Chase, who attends the Campus Above and appears to be majoring in winning Phoebe’s heart. But when officials learn that Phoebe may be at the center of a startling prophecy, she becomes the target of shape-shifting assassins who will stop at nothing to suppress the truth.

Now Phoebe’s lessons about Shaper’s enemies and spycraft take on great importance as a menace stalks the campus, with Phoebe as its target. Meanwhile, what began as an unlikely relationship with Colten, quickly morphs into heartache when she suspects that something sinister lurks beneath this movie star’s glitter and fame. Suddenly, Phoebe’s caught in a mesh of lies, betrayals, and danger where she doesn’t know who to trust, and needs to rely on herself—and her secret power—to get to the truth and to stay alive. 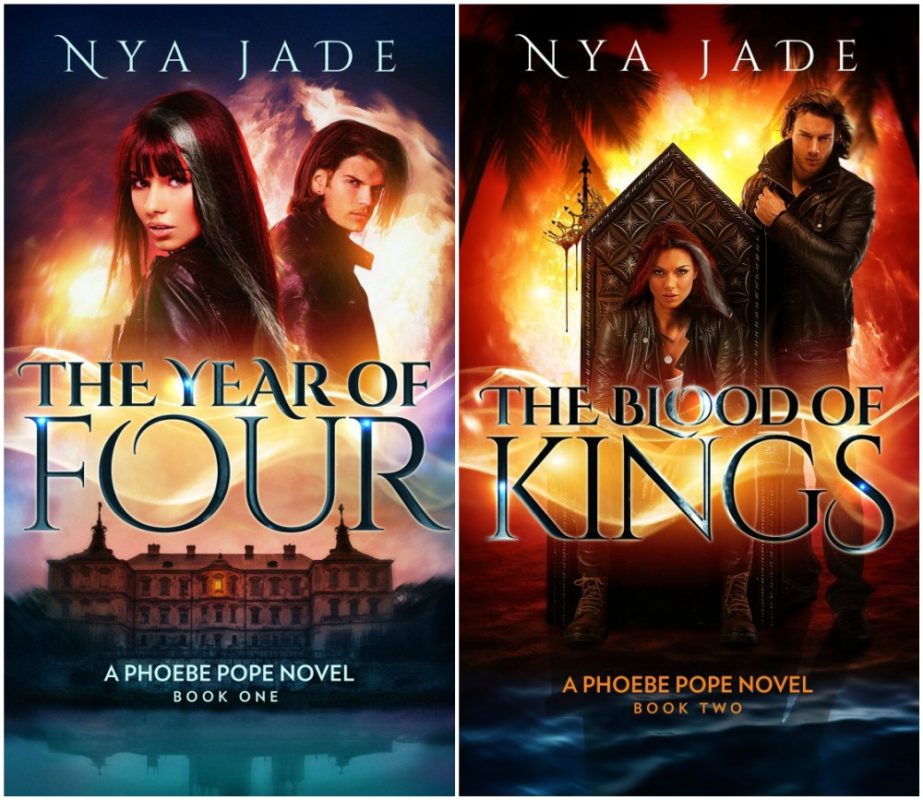 The Blood of Kings: A Phoebe Pope Novel (Book 2)

According to the press, Phoebe Pope and teen movie star Colten Chase are no longer an item—which is just how the happy new couple like it. And yet there’s trouble in paradise . . .

Phoebe is haunted by dreams that show her things she can’t possibly know about—including a pact between Colten and a wanted assassin. In the daylight, she struggles to keep a newly emerging power hidden, even as her hands itch to wield it.

Meanwhile, in the wake of their escape from a Vigo crèche, Phoebe and her fellow Hyphas study under lock and key at the Campus Below. As the foursome wait to see who among them will fulfill the prophecy, someone dear to Phoebe is kidnapped by a powerful Vigo determined to use her to spy on the Shaper royalty. When the Hyphas are called to the Royal Court, Phoebe refuses to heed warnings of imminent danger for she will do whatever it takes to rescue her loved one.

But once at court, nothing is as it first appears. A sinister force controls some royals, while others whisper behind closed doors about forbidden alliances. And as Phoebe draws on her courage to complete the task set by her enemy, she makes a startling discovery—one that upends her father’s memory.

With dangerous conspiracies surfacing, Phoebe must uncover what the Royal Shapers really want from her, and decide whether there’s room for Colten in her unraveling life.

If you are a fan of Young Adult fantasy, this ones for you. Make sure you check out the Phoebe Pope website