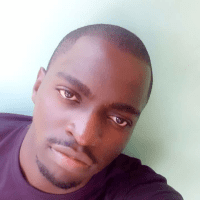 Other Articles from Maleek Edward

Its Friday , 4pm, you’re stuck in the office and a random thought pops in your mind “How long has it been since you had a date night?” The fact that it took you more than 5 seconds to remember when is proof enough that you desperately need one.

More often than not, we tend to get so immersed in our daily routines be it work, raising the kids or allocating free time to the gym or sadly sleep (can I get an Amen). According to psychotherapist, Rachel Hercman, “Couples should spend quality time together in order to keep their bond strong and not lose the spark in their relationship.

Spending that time doesn’t have to be grand gestures like a getaway to Paris or  Dubai ( one can still wish right?) but it can be as simple as  watching a movie on a cool Friday night.

On that thought, here is a list of movies perfect for date night.

A 17 year old girl named Madeline Whittier has a rare disease that causes her to have to stay indoors 24/7 with her filtered air. Her whole life is basically books, her mom, and Carla(her nurse). One day, a moving truck pulls in next door. There she sees Olly. Olly Bright is Maddy’s new neighbor. They get to know each other through emails. The more they get to know each other, the more they fall in love. Olly starts to make Maddy realize that she isn’t really living. This starts the adventures of Maddy’s new life

The inspiring true love story of Robin and Diana Cavendish, an adventurous couple who refuse to give up in the face of a devastating disease. Their heartwarming celebration of human possibility marks the directorial debut of Andy Serkis.

Ex-maid of honor Eloise – having been relieved of her duties after being unceremoniously dumped by the best man via text – decides to hold her head high and attend her oldest friend’s wedding anyway. She finds herself seated at the random table in the back of the ballroom with a disparate group of strangers, most of whom should have known to just send regrets. As everyone’s secrets are revealed, Eloise learns a thing or two from the denizens of Table 19.

Editors Note: Expect the very best of humor , outrageousness and sarcasm that  Ana Kendrick effortlessly embodies in this film.

Imprisoned on the other side of the universe, the mighty Thor finds himself in a deadly gladiatorial contest that pits him against the Hulk, his former ally and fellow Avenger. Thor’s quest for survival leads him in a race against time to prevent the all-powerful Hela from destroying his home world and the Asgardian civilization. 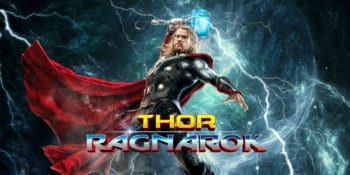 Editors Note: This is certainly one of the best movies this year and before you ask yes, there are so many women who enjoy a good Marvel film. LOL

Before she was Wonder Woman (Gal Gadot), she was Diana, princess of the Amazons, trained to be an unconquerable warrior. Raised on a sheltered island paradise, Diana meets an American pilot (Chris Pine) who tells her about the massive conflict that’s raging in the outside world. Convinced that she can stop the threat, Diana leaves her home for the first time. Fighting alongside men in a war to end all wars, she finally discovers her full powers and true destiny. 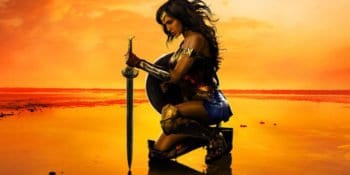 Based on the New York Times bestseller, WONDER tells the incredibly inspiring and heartwarming story of August Pullman (played by Jacob Tremblay), a boy with facial differences who enters fifth grade, attending a mainstream elementary school for the first time. 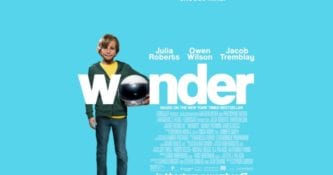 Editors Note: This film is an inspiring story about acceptance, confidence and the love of family. It is definitely a tear jerker so have a box of Kleenex on standby. Jacob Tremblay’s performance is Mind Blowing Oscar worthy.

Best friends Ryan, Sasha, Lisa and Dina are in for the adventure of a lifetime when they travel to New Orleans for the annual Essence Festival. Along the way, they rekindle their sisterhood and rediscover their wild side by doing enough dancing, drinking, brawling and romancing to make the Big Easy blush. 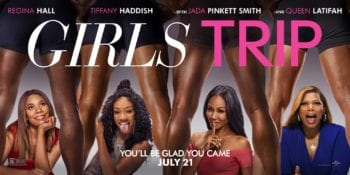 Editor’s Note: What do you get you when put Regina Hall, Jada Pinkett Smith, Queen Latifah and Tiffany Hadish together in one movie? A hilarious movie that you’ll definitely want to re watch.. Perfect for a night of laughter and wine.

Kofi Siriboe from Queen Sugar just so happens to be part of the cast.

Fueled by his restored faith in humanity and inspired by Superman’s selfless act, Bruce Wayne enlists newfound ally Diana Prince to face an even greater threat. Together, Batman and Wonder Woman work quickly to recruit a team to stand against this newly awakened enemy. Despite the formation of an unprecedented league of heroes — Batman, Wonder Woman, Aquaman, Cyborg and the Flash — it may be too late to save the planet from an assault of catastrophic proportions. 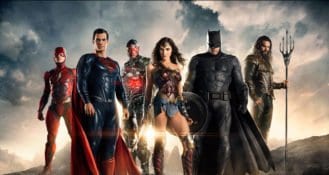 Kate is turning 30 and her life is a mess. Her friends throw her a party, but things are about to go off the rails in this side-splitting comedy! You can catch it on SHOWMAX

Lifelong friends Emma (Natalie Portman) and Adam (Ashton Kutcher) take their relationship to the next level by having sex. Afraid of ruining their friendship, the new lovers make a pact to keep things purely physical, with no fighting, no jealousy and no expectations. Emma and Adam pledge to do whatever they want, wherever they want, as long as they do not fall in love. The question then becomes: Who will fall first?

You can catch it on SHOWMAX

When Brooke (Jennifer Aniston), an art dealer, and Gary (Vince Vaughn), a tour-bus driver, finally call it quits in their relationship, neither is willing to move out of their shared condo. With their friends suggesting a series of underhanded tactics that fail to get either Brooke or Gary to cave in, the only solution is to become hostile roommates.

Editor’s Note: Its exactly what the Doctor ordered for a good laugh.

You can catch it on SHOWMAX

Widely regarded as one of the greatest films of all time, this mob drama, based on Mario Puzo’s novel of the same name, focuses on the powerful Italian-American crime family of Don Vito Corleone (Marlon Brando). When the don’s youngest son, Michael (Al Pacino), reluctantly joins the Mafia, he becomes involved in the inevitable cycle of violence and betrayal. Although Michael tries to maintain a normal relationship with his wife, Kay (Diane Keaton), he is drawn deeper into the family business. 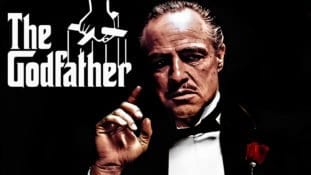 Editor’s Note: Switch things up by watching this riveting, intense movie. It will have you glued to your screen from the jump.

You can catch it on   SHOWMAX.

While celebrating her newest and most lucrative account — the wedding of Internet tycoon Fran Donelly (Bridgette Wilson-Sampras) — Mary (Jennifer Lopez) is rescued from a near-fatal collision with a runaway dumpster by handsome pediatrician Steve Edison (Matthew McConaughey). After spending the most enchanting evening of their lives together, Mary thinks she’s finally found a reason to believe in love. What she doesn’t know is that cupid and her career are about to collide head-on.

You catch it on   SHOWMAX

An advice columnist, Andie Anderson (Kate Hudson), tries pushing the boundaries of what she can write about in her new piece about how to get a man to leave you in 10 days. Her editor, Lana (Bebe Neuwirth), loves it, and Andie goes off to find a man she can use for the experiment. Enter executive Ben Berry (Matthew McConaughey), who is so confident in his romantic prowess that he thinks he can make any woman fall in love with him in 10 days. When Andie and Ben meet, their plans backfire.

You catch it on  SHOWMAX

The discovery that she has a terminal illness prompts introverted saleswoman Georgia Byrd (Queen Latifah) to reflect on what she realizes has been an overly cautious life. So Georgia withdraws her life savings and jets off to Europe where she lives like a millionaire. Upbeat and passionate, Georgia charms everybody she meets, including renowned Chef Didier (Gérard Depardieu). The only one missing from her new life is her longtime crush Sean Matthews (LL Cool J).

You catch it on SHOWMAX

You may also like: 6 Epic Date Night Ideas to Fit your Budget