Old Man's Advice: What it means to be a Father - MumsVillage 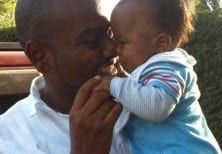 Old Man’s Advice: What it Means To be a Father

Home » Lifestyle » Old Man’s Advice: What it Means To be a Father

When I got the call that I was going to be a father millions of thoughts rushed through my mind…..the most prominent being, was I ready?

So I did what any self-respecting man would do, went to my father for advice on how to be a man. Meeting Mzee is not the easiest thing to do because he comes from a time when things were done differently and men rarely talked about feelings and emotions; man talk was mostly about money, politics and lots of filler sports stories. My relationship with my father was quite good, don’t get me wrong, however, this was not an easy thing to talk to him about. I mustered up the courage and called Mzee and made the appointment to see him. Well here is where the story begins. Our meeting started off with the usual banter on the local politics, weather and sports. The filler stories eventually ran out and his tone changed as he asked me what I wanted to speak to him about.

At this point, my mind had come up with more than seven different stories to give him and avoid the talk that brought me here as I tried to convince myself that I could do without the talk.

After an abnormally long and awkward silence, I let it all out and ambushed Mzee with the story and sought his wise counsel. He paused for what seemed like an eternity as he stroked his beard, I could hear my heart beating as my mind made up different scenarios of how this would play out. He finally broke his silence and said “Congratulations my son”, he seemed to be genuinely happy about this. The advice he gave was just 3 words to me, Sacrifice, Patience and Integrity. With that our discussion was over and we were back to the filler stories as we listened to sundowner.

So eight months down the line, Mzee’s advice makes sense to me finally; being a father is all about those three things.

Sacrifice because family comes first now, your attitude changes as you slowly change who you are. Patience as you learn how to take care of someone other than yourself; this has to be the hardest thing to change. Integrity because you need the moral authority to make decisions and statements that are respected by all. I believe being a father is the best thing that happens to a man in his lifetime. There is no bigger joy than watching your child learn how to crawl, stand, smile or even laugh. The sleepless nights and endless drives to Gertrude’s are all worth it once the child looks at you and smiles. There is no greater stress relief than playing with the baby on the carpet after a long day at work.

So what is being a father?

It is a hard job that often gets more criticism than praise; actually hardly any praise and/or recognition goes to the father. It is a thankless job that requires one to sacrifice who he is, his time and money. It is the only job that rewards one with true happiness. Being a father is a responsibility. Being a father is the greatest joy that a man could have.

I pray that I will live up to Mzee’s example and provide my son with all he requires.

Daddy Tales: A Journey Into Fatherhood