What you didn't Know about the Meaning of Diwali

What you didn’t Know about the Meaning of Diwali

Diwali has been celebrated for over thousands of years. It primarily symbolizes the victory of good over evil. 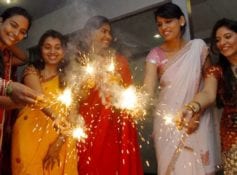 According to the Hindu scriptures of Ramayan, Lord Ram’s wife Sita was abducted during their exile by the evil King Ravan and a war broke out between the two. Sita was being protected from Ravan’s lust by Ram’s brother Laxman. Eventually Ram came to rescue his wife with the support of his ardent devotee Hanuman. After the fight and regaining family honor, Lord Ram, Sita & Laxman returned from exile to their home in Ayodhya.

In some ways you can call this an intense love story with a shining ending.

In  traditional ways this day is very significant because it also marks various important rituals such as the closing of company accounts and opening new ones, buying gold, new clothes, house, car or basically making a new beginning as it signifies the Hindu New Year. 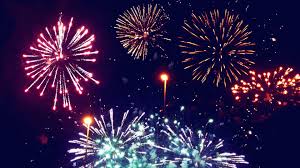 Kenya has traditionally celebrated Diwali with splendor fireworks displays when permits have allowed. Another common tradition is the giving of sweet meats to family, friends and business associates.

In the case of family, most mothers and grandmothers still have their age-old recipes and they cook up these sweets at home. Nowadays the young ladies have added their own touch of chocolates, present boxes, cup cakes and more.

However Diwali means different things to different people. For example, the Jains celebrate Diwali in honor of their Lord Mahavira, the Buddhists mark it is as a day when King Ashoka converted to Buddhism and the Sikhs call it Bandi Chhor Divas because it was when the 6th Guru Har Gobind freed himself and some Hindu kings from the prison of Mughal Emperor Jahangir.

In modern times, Diwali is almost an Asian version of Christmas. Especially with the commercialization of the gifts, food, clothes, jewellery and others.

There are various pros and cons to this. The biggest pro is that in the name of tradition and culture, it brings many people together, from family, friends, business partners and gives a chance to say Thank You to the Almighty. One of the biggest cons lies in the commercial competition of best clothes, jewellery and so on which can have a demeaning effect on the families and individuals who can’t keep up.

In the end, we believe good always prevails and Diwali gives the opportunity for the light of love to keep shining.

You May Also Like:
How I Celebrate Christmas as a Hindu Mum

Celebrating Diwali in Kenya? Here’s what to Expect