The Human Faces of the Safaricom Lewa Marathon - MumsVillage

The Human Faces of the Safaricom Lewa Marathon

Home » Lifestyle » The Human Faces of the Safaricom Lewa Marathon

What do you get when you combine exquisitely lush hills, stunning scenery of flat-topped acacia trees on a sea of golden grass, glorious sunshine, the privilege of being surrounded by most spectacular wildlife, a phenomenal party and soft, dusty, rugged trails?

You get diverse, adventurous, stomach-churny- excited participants. Here is what a few did at last weekend’s Lewa marathon.

They ran and climbed. Corrine loves to run. She loved her first Lewa run so much that she has returned 4 more times; for the nearly- sprained ankles, the busted toes, the imagined or real encounters with local wildlife. For the chance  to be together again with the people who love Lewa. Whether running, walking, or crawling up those interminable hills.

For Corrine, she will do it again for the increased popularity of  the FKT (fastest known time) attempts, her current being 2 hours for the half marathon.

They connected. Eimer, a mother of two boys aged 3 and 4 years, made meaningful connections from an unfortunate situation. She and her husband experienced car problems on the way and ended up arriving at their campsite after 8pm. They were hungry and exhausted. Fellow campers rallied together, helped them pitch tent, gave them food and looked after her sons while they settled in. As a first timer at Lewa and only being in Kenya for 9 months, she was humbled by the experience.

She says “The volunteers, spectators, and everyone involved with the race were outstanding. As for my campsite members, I am truly indebted.”

Perhaps her most valuable aspect of the Lewa run was the realization that the milk of human kindness flows in plenty at such events. The connections formed are life-changing. From the spectators support – civilian cheerleaders running and dancing alongside the tracksides as she ran by, to the helpers at every water point and first aid stations who waved her on. 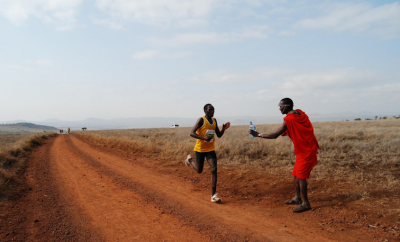 She recalls with gratitude the comforting whirr of helicopters flying low close by while she ran. They did this to chase away a rhino that was 500 metres away from her. Her eyes twinkle when she remembers the brief effervescent ‘Hello,’ from an elite Kenyan runner who overlapped her, and she breaks into a grin similar to the one she had when posing for goofy photos with random kids back at the camp.

Next year she plans to return a little wiser on camping with children. She suggests the following:

1. Travel early especially if self-catering. Alternatively, save up and stay at one of the catered luxury tented camps.
2. Have super warm clothes for the night. It was freezing.
3. Stay two nights. Taking part in the race and organizing the kids to return to Nairobi on the same day was a killer.
4. Pack simple, ready-to-eat foods. 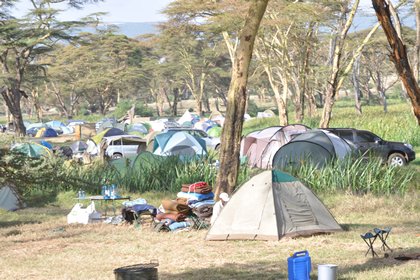 Overall, Her boys loved playing in the dark, the choppers reverberating overhead and meeting their Mummy as she crossed the finish line.

They overcame. David covered 42 kms of lactic overload through heat, dust and high altitude purely to tick off his bucket list. “Boy was it hot and hearty. I had to dig deep. A proper mental test from far too early on but it’s always great to know you can pull out more when it’s needed.” 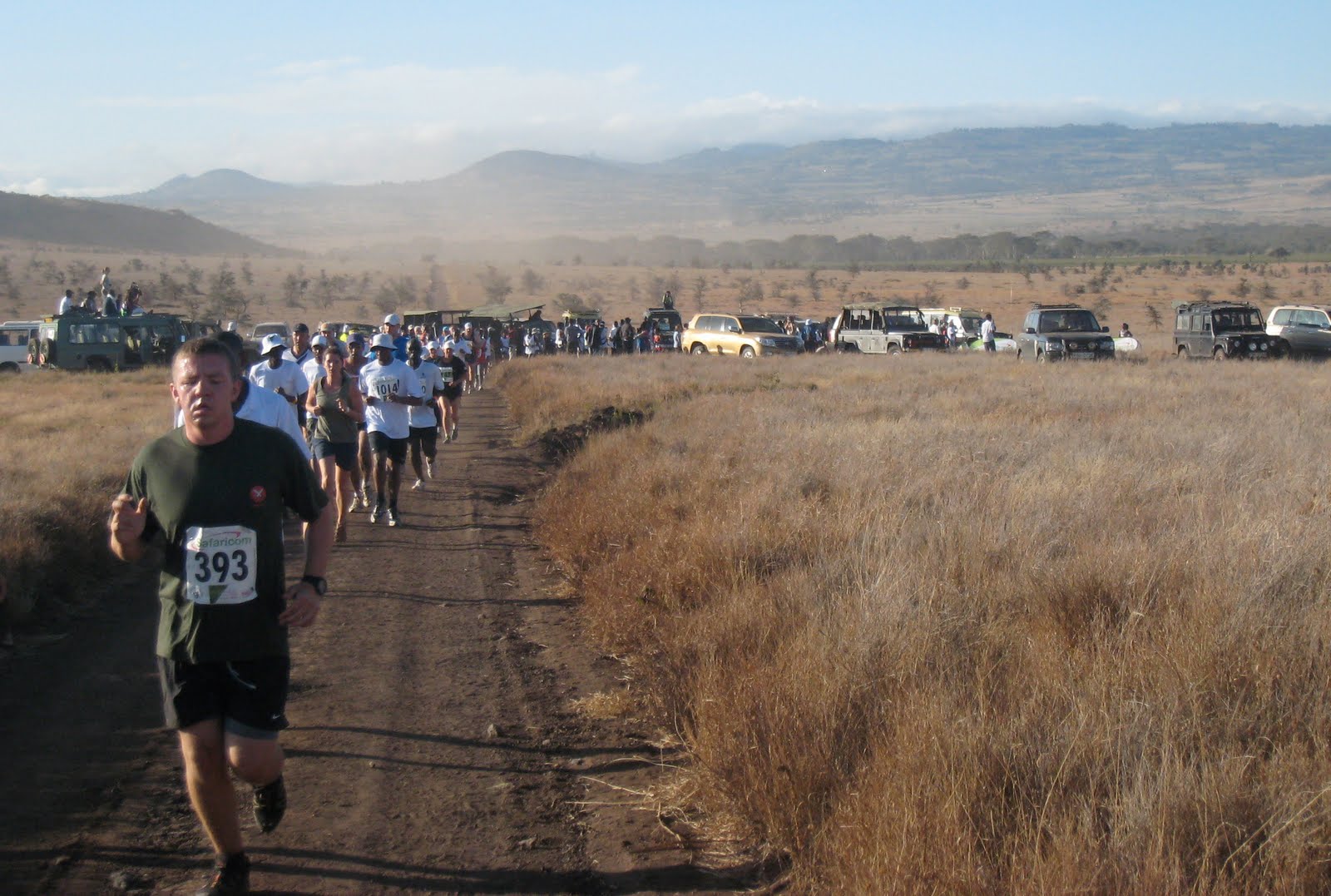 On the other hand,  12 year old Kelsi ran in the children’s 5km race. She and her mum Lisa struggled the night before the race. “We had never camped before in our lives and our naivety showed. All night long there was constant movement and I kept flip-flopping in my sleeping bag. I probably got two hours of sleep.  She will surely carry ear plugs to dull the camp noise and get a decent night of sleep next time. Following their early wake-up, Kelsi’s Mum recounts:

“The excitement that next morning was contagious. The start line, heaving with runners and spectators while music, microphone announcers and circling helicopters bolstered up her spirits. She ran steady and strong and got the 5kms done. She is eager to return next year, stronger and more prepared. “ 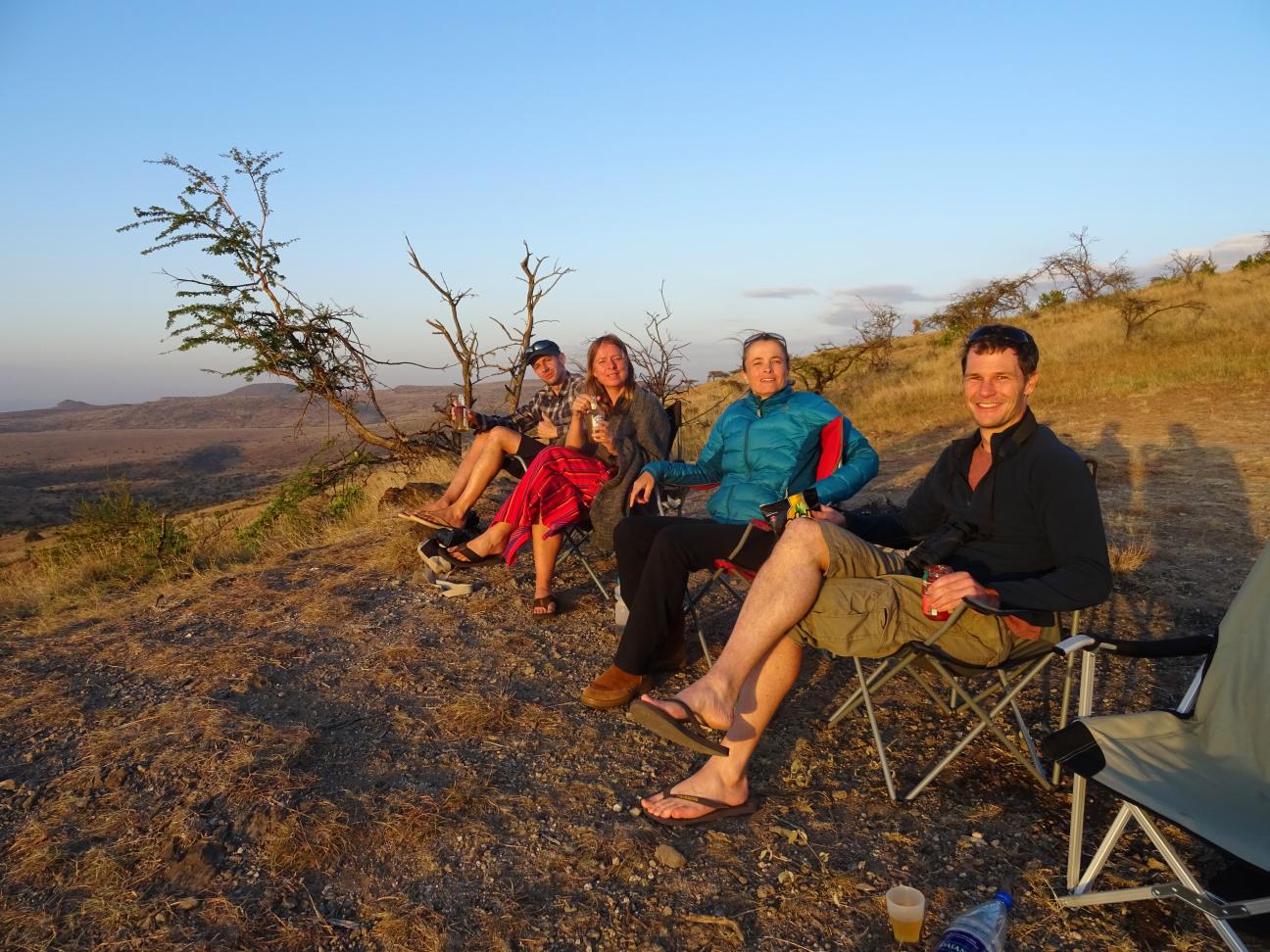 They partied. “The best drink ever is a cool beer in a heavy finisher’s pint glass after a lung destroying run!’” exclaims Caroline. It may be hard to imagine how the very attributes that serve to create leisure would mix well with marathon running—a pursuit not known for being particularly delicious, lovely or restful.

The end of the race is the beginning of the party which is always epic in the stunning beauty of the area and under the stars.

For this reason, Caroline is a repeat Lewa runner. She says each of her last three trips have led to quick, and usually long-lasting, friendships. Friendships not just with other runners but also the crew – the drivers, the Chef, the guides, teammates…a contagious joyous buzz carries on late into the night with jubilant crowds enjoying music, dancing and sampling treats from different food stations.

This is most definitely a race to put on your run-cation list. You do not have to be running the marathon to experience Lewa. 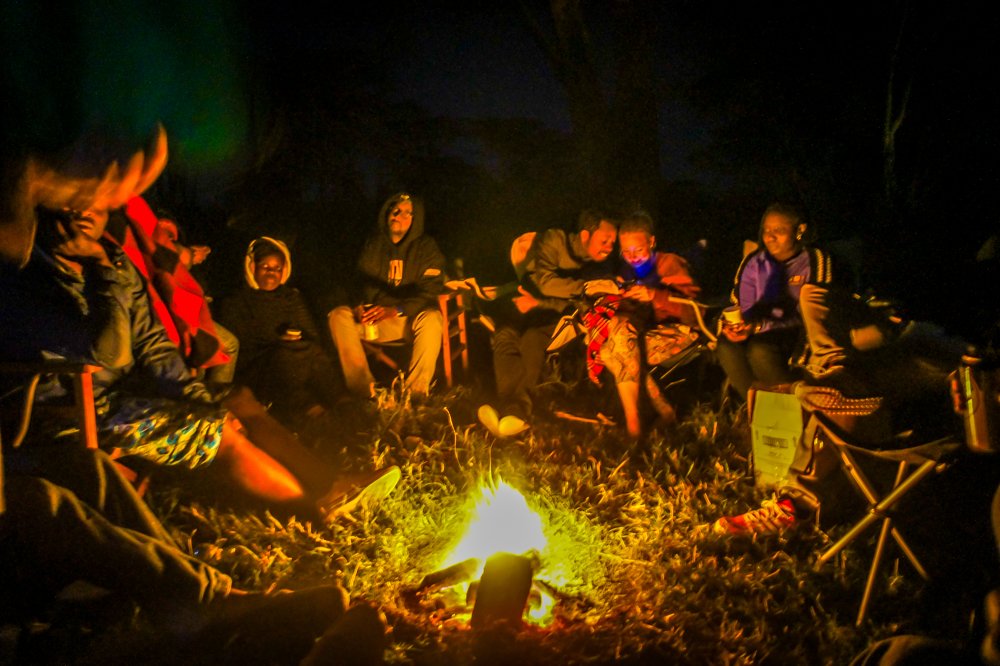 That is why in the end, it didn’t matter what their running resumes said or what their list of physical accomplishments included. Their participation will touch lives, make an impact on communities and the environment. After all, they were there for a worthy cause. Will you join us at Lewa next year? See you there!