Gender Based Violence has Many Faces : Peggy's Story - MumsVillage 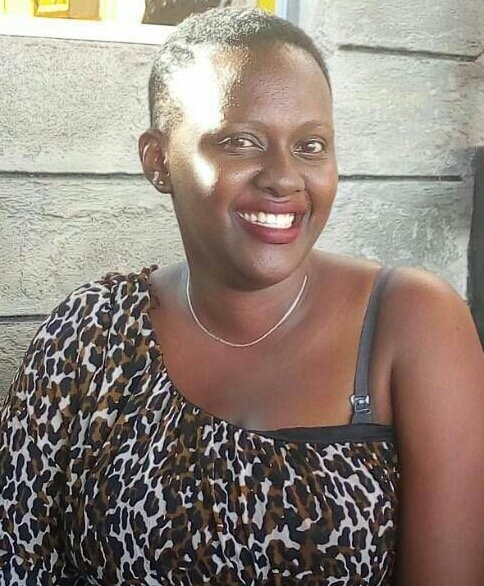 I was born in the early 80s. My mother raised my brother and I single handedly. She gave us  the best. I cannot remember a day that we ever lacked anything we asked for. I went to a primary school that was near our home, passed well and was admitted to a Provincial Secondary School. I remember when it was time for me to be taken to school, and looking back now I realise that, my mother ensured that I had all the requirements were needed in school. Four years later, I passed exemplary well and was admitted to a public university where I did my first degree. I was still struggling with finding myself and identity that I got myself in toxic relationships.

One of the relationship was actually so bad that it lowered my self esteem. I always felt like I was walking in egg shells. I was so cautious and very afraid of hurting my boyfriend’s feelings so anything he would say or want I would do. My circle back then was really supportive, God bless you Galaz, and this made the rest of the stay in campus easier. This I can say was how I first encountered abuse.

It was both emotional and psychological. The emotional abuse included insults and statements that would bring me down. He started comparing me to other girls. The psychological abuse included isolation. I would go for days without seeing my friends. He would make sure the only trips I would make were from his room to class and back. I am not a loner, so this made me really sad. At first the insults were subtle and what I never realised was that it was eating me up slowly by slowly. It was chipping away my self esteem. This made me doubt myself everyday and drained me to a point that I lost myself. I did not know what I wanted anymore. I rebelled and became very hostile to anyone who showed me love.

This pushed me to becoming needy and this is how I got into another – my out-of-campus relationship. When I met him, he was the best. We were young and I struggled with a lot. He made it easier for me. He was basically my rock. He taught me how to love again and gave me the ‘love and light’ of today. I was comfortable. I gave it my all until I could not anymore. The break ups began. The grass was suddenly not greener on the other side. The emotional abuse cycle started again and this time I sank into depression. This time it was too much.

I was afraid of getting out because of my children. My young one was only 2 months old. I was afraid of how the society would view me-an educated girl who cannot take care of her home. I was afraid of being branded and labelled. So it took me longer to leave.

One day in the middle of breast feeding my child, I saw the light, literally. I was tired. I was at the edge. The tears, the pain, the lies and the heartache was too much. I left and went back home. My mother received me with love but I was still feeling like a burden. Here I am with two children, boys, in today’s society, with no job and no support. I depended entirely on my mother. One thing I am always thankful for is my non-judgmental friends. In this season, some of my friends really stood by me. They were there literally. They bought us food, called me for available short term positions, they took my children as theirs. I went through so much pain that I could not remember some moments in my life. To date, the moments are hidden way back in my mind. I only allow what I want to remember.

A father or a male figure is important in a child’s life and especially a girl’s life. My father was partially active in our growing up. Looking back now, I realise that I was actually longing for affirmations in my relationships. I stayed because I did not know what to expect from a man. I did not know how not to be treated. I carried this pain with me for a long time and the healing began when I realised I was not progressing.

My wake up call actually came one day as I was walking in my estate and I fainted. Going to the hospital checks were done and nothing was found. The doctor advised me to consult a counsellor. Little did I know that I had mental baggage. I went through mild depression and I am blessed to have recovered fully. My family and a few friends, who had not left, helped me through this process. They encouraged me, let me cry, and prayed for me but most importantly they were there for me and my children. We only talked about what I was going through when I was ready to talk about it. To me that really aided my healing process. I was not sure I would be here right now and not sure I would be sane again. It gets easier with the right support system. It gets easier with time. 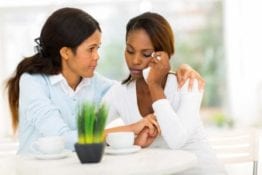 Gender based violence is real. It does not choose race, colour, gender or even financial status. It cuts across and can happen to anyone. The reason I am sharing my story is to encourage someone that it is okay to leave. It is okay to walk away. It is okay to cry and the healing starts when you accept that what you are going through is abuse and it not your fault and that you actually need help and support to push through.

I believe that every experience we go through has a reason behind it. It may not necessarily be an instant lesson but that does not mean the lesson is not there. This experience has led me to establish a system that will help other women leave. A system that will be open to every woman going through abuse. A family, a support system and a safe haven.

I have healed and moved on. I am now married to an amazing man. Through counselling and pre-marital classes I am able to identify what works for me and what I should not take in and my husband understands this. I hold sessions when I can to empower women on their rights, responsibilities and duties. I empower them on becoming better people and putting themselves first. That it is okay to be more than a mum, more than a wife, more than a sister. That it is okay to be more.

WHY DO WOMEN STAY IN ABUSIVE RELATIONSHIPS?

I believe that abuse affects everyone differently. Everyone reacts differently. Some leave instantly and never look back. Others leave and go back because they do not know how to live without the abuser and also because they blame themselves. Others stay until something terrible happens to them.

I believe that as survivors of abuse we should speak out. We should tell our story so that we can encourage someone going through the same that it is okay to leave. It is okay to be different. By telling our story we are creating awareness at a much deeper level ad this to me, is very effective because one can relate.

My stand on GBV, is LEAVE. The abuser will never change. And if they do, which is fare, it might be too late.

You may also like: Every Scar Has a Story – What’s Yours?

Don’t forget to register for our weekly newsletter on all things family-friendly and follow us for highlights of Gender Based Violence on MumsVillage Facebook page!