In Search Of What Sets My Heart On Fire - MumsVillage

Other Articles from Cynthia Waka

In Search Of What Sets My Heart On Fire

Home » Lifestyle » In Search Of What Sets My Heart On Fire

I resigned from my job. Crazy move. But I genuinely feel like it was the right move. I had the best boss ever… in the most interesting workplace. From afar, it feels like, “Why the heck did I leave?” Maybe I was slowly losing me. Drowning in someone else’s dream job. 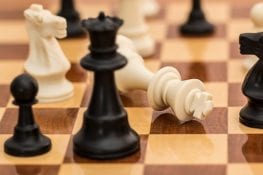 I am the true definition of a millennial. What is this nonsense about loving what you do and getting job fulfillment? Does it even exist or is it a dream sold to millennials who end up wasting their lives in pursuit of that pot of gold called happiness.

I’ve missed reading and writing. I was so immersed in social media work that I forgot me…the reason I chose not to pursue Aeronautics and be true to my heart. I became a working robot just trying to make ends meet. Making sure Bae had food to eat and a place to sleep as I simply survived. It’s the one thing I said I’d never do. Live my life just to make it through one more day.

The thing is I’m a passionate woman. I want to be in love; with a man, with my job, with life… 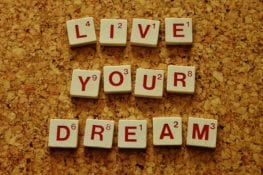 This has been an interesting year for me. My darling Bae started school. The process it took to get her there was extremely emotional for me. I broke down enough times when I realised that I didn’t have enough money to take my baby to a good school and pay rent. It was an either/or situation. Moving back to my parents’ has never been an option. And taking her to a mabati school was also not an option.

So I was pretty miserable. Felt like a failure until my angel of a workmate came in to help out. I was embarrassed. Having someone else chip in to pay your child’s school fees… I’ve never felt so incompetent as a mother… as a woman. She told me to flush my silly pride down the toilet and let a friend help. It’s crazy but that’s when I was completely sure I had to leave. Might as well take the crazy plunge and bet on me. 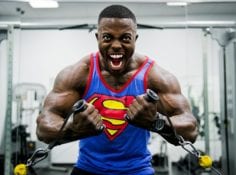 I decided men were just not for me at the beginning of the year after my little breakup with a stable man who was so sure we were meant to be. There was just something missing I couldn’t put my finger on it (codeword: He was cray!).

My mother didn’t raise a woman who needs a man to function and settles for just good enough so I walked. Just when I started focusing on my music and my writing, I met a guy; Mo. It’s funny. Sometimes God sends the perfect man your way… but sometimes the devil does the same. He’s a musician. An incredible one which is exactly what I needed at the time.

In fact, I fell in love with his bass playing at an event in February I think. The lead singer/guitarist called for us to applaud his young bassist. The Smirnoff guaranas had already started taking their effect on me. Shameless little Shades was literally hollaing at the poor boy like a true fisilett. Boy is an appropriate term because he’s 20… probably even 19 but I prefer not to confirm. The singer then said, “You know what ladies, he’s single!” I was already bubbly at that point, “What a coincidence, I’m single too!” … and that marked the beginning of the end. 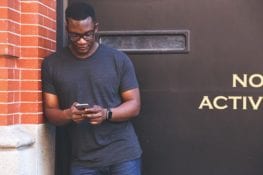 We exchanged numbers because I wanted him to be a part of my band. He said he was down. We met up at his place a few weeks later to discuss music. Music was tackled for 15 minutes flat.

One thing led to another and his tongue found his way down my throat, his hands… I had to leave before I committed an underage felony. The sensible decision was to end our shenanigans before it got remotely serious. Unfortunately for me, a very dominant part of me thrives in making all the wrong decisions in my life. What could possibly go wrong? I wish I didn’t ask that question.

The next few weeks were fun! I picked up all my old dirty college habits; smoking, drinking iliicit alcohol, waking up naked next to a teenager whose idea of breakfast is sex and a blunt. By Easter Friday, I broke my Lenten fast, shipped off my baby to grandmas and invited him over.  He said that he loved me; I was drunk on KC coconut and Smirnoff Vodka. I told him I thought he was ok. We became an item. 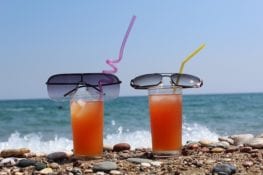 I found out that he had a pregnant baby mama who still called him ‘babe’. He explained his way out of it. The crazy woman that I am, went through his phone; things like passwords and privacy don’t faze me. He was flirting with another girl but he said they were the same woman-baby mama. Apparently, he didn’t know how to break her heart. I didn’t believe him. But I ate it all up. He had such a big… errrr… heart.

Every week after that just had drama. Drama!!! Even peeped through his phone again and found other women he was flirting with.

I don’t know how I believed all his stories. He’s good at what he does. Or maybe I just wanted to believe him. Maybe I had missed the feeling of being in a relationship. Maybe I was just lonely.

He slept over at my house one Sunday. On our way to work the next morning, he received a call from a girl called Sue. I looked at him and he cut the call without picking up. I looked straight ahead and announced that I wanted us to take a break. This was getting ridiculous. He asked me if it was because of the call. He almost started confusing me with his innocent “Are we not allowed to have friends of the opposite sex now?” statement. It must have been his baby face… or the fact that he actually was a baby and I a cougar on the prowl. I wanted to tell him I had changed my mind. I think it’s because he expected me to change my mind that I chose to stick to my break request. Best decision I ever made.

I texted him an official breakup text on Whatsapp the next week. Classic. I actually felt nothing. I added-let’s be friends. He blue ticked me. I didn’t mean to be malicious or anything but I knew that if I spoke to him he would find a way to confuse me. Next thing I’d know, I’d be married to a man with children all over the place who’d look me in the eye, lie to me and I’d eat it all up. I missed him for a bit then moved on.

I do have goals and targets I need to achieve anyway. Can’t be crying over spilled milk. 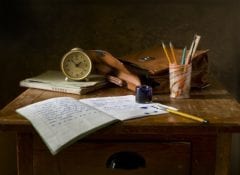 Once again I’m back to being single. It feels good because I chose to be. I can genuinely say I don’t want to be in a relationship right now. It’s just not my season. I feel nothing. The vulnerability, learning to trust, sharing emotions… I don’t have time for that. I’d like to focus on me. My sister keeps saying I’ll die alone with this ‘me’ attitude of mine. This way that Bae keeps saying she wants a brother. Honey, it’s gonna be a long wait. 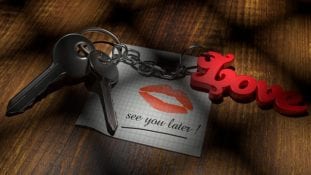 For more from this writer check here.