6 Educational TV Shows That Would Be Great For Your Toddler

Dear parents, even though TV is a great way to keep your child occupied, it’s important to note that it’s not necessarily beneficial to them. In the last few years, experts such as the American Academy of Pediatrics advise that children under 2 should not watch any television, while pre-schoolers should have screen time limited to two hours a day.

With smartphone uptake in Kenya now at 44%, based on a report released in 2016, a number of parents now use their phones for media. A quick head count in public areas seems to reveal that the number of children using or exposed to mobile devices on a daily basis is also on the rise.

If you are going to let your child have screen time, you should make it count. A study published in Jstor.org around television viewing and child development revealed that pre-schoolers who watch educational programmes show growth in academic skills including reading, vocabulary and math. Long-term, these children performed better at standardised tests and general school readiness assessments.

Another article posted on Pbs.org quotes researcher Eric Rasmussen, who says that watching TV with your child communicates that what your child wants to do is important to you and that you approve of the content they’re watching. This not only encourages bonding, but also inspires your child to pay closer attention to the lessons within the show. Your presence alone is enough for your child to learn better.

Wondering which shows to start with? We recommend these six. 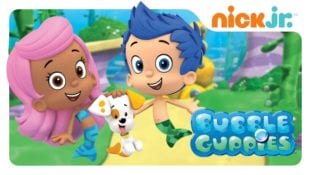 This show, about a group of fish-tailed pre-schoolers attending school in their underwater classroom, gives kids a great way to learn because the teacher-fish Mr Grouper takes a gentle, guiding approach to his mermaid/merman students, leading them (and your kids) to the right answers, encouraging them all the way. The episodes are themed and go through a simple storyline with lots of adventure. There are also pop quizzes, very catchy songs and dances, and imaginary games.

Four fairytale friends go on magical adventures and become reading-powered superheroes. The characters live in Storybook Village, which is accessible through a panel that is represented by an invisible question mark. Preschool children follow the Super Readers as they jump into books that come to life. The animated television series and interactive website, helps children ages 3-6 learn key reading skills, including alphabet, rhyming and spelling. – TV.com

Preschoolers get to hop on board the “Dinosaur Train” to learn about natural science, natural history and paleontology. Each half-hour episode of this series, produced in CGI-animated format by the Jim Henson Company, features Buddy, a preschool-aged Tyrannosaurus Rex, and his adoptive Pteranodon family traveling on a special train to meet all kinds of dinosaurs and explore the world inhabited by these amazing creatures. Also included are live-action hosted by paleontologist Scott Sampson. – IMDb.

Linny the Guinea Pig, Ming-Ming Duckling and Turtle Tuck travel around the world to rescue animals. Geared toward preschoolers, these three classmates are up for any challenge in this photo-puppetry animated series. Episodes encourage teamwork and problem-solving as well as singing and an appreciation of music and laughter. – IMDb. 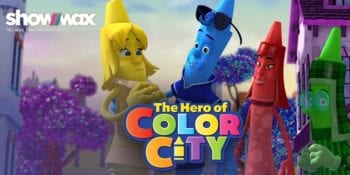 In this animated film, 3 Crayons team up to save the day when an unfinished drawing tries to steal all of the world’s color. The story revolves around a boy named Ben. When he falls asleep, his crayons come to life! There’s lots of color, music, magic and no violence. – IMDb.

All these shows are currently available on Showmax, Africa’s own streaming video on-demand (SVOD) service from emerging-markets media giant Naspers.

An important feature for parents, is the option to create a special PIN-protected kids profile that limits what your children can watch, depending on their age.

Showmax offers control over data spend with four different quality settings for download, which you can watch offline. There’s also bandwidth capping to control how much data you use while streaming.

Showmax even offers a free 14-day trial period to allow you to test them out. The best part? You don’t need a credit card, and can pay via M-Pesa. Their monthly premium plan costs only KES 880.