11 Top Movies for this Holiday - MumsVillage 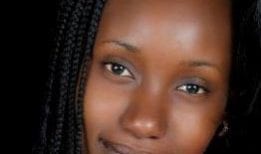 11 Top Movies for this Holiday

These are some of the best movies that invoke the holiday mood in us (in no particular order).

This romantic movie involves more than a dozen main characters, each weaving his or her way into another’s heart over the course of one particularly eventful Christmas.

After the McCallisters mistakenly leave for the airport without Kevin, he awakens to an empty house and assumes his wish to have no family has come true. But his excitement sours when he realizes that two con men plan to rob the McCallister residence, and that he alone must protect the family home.

Also known as ‘Santa’s ninth reindeer’, Rudolph looks for a place that will accept him together with his friend.

4. How the Grinch Stole Christmas

This is an adaption of the well-loved children’s books by Dr. Seuss. We get to meet the reclusive green Grinch who decides to ruin Christmas for the cheery citizens of Whoville. Reluctantly joined by his hapless dog, Max, the Grinch comes down from his mountaintop home and sneaks into town to swipe everything holiday-related from the Whos. Jim Farell acts as the grinch and turns the whole fiasco into a hilarious comedy.

In this modern take on Charles Dickens’ “A Christmas Carol,” Frank Cross is a wildly successful television executive. After firing a staff member, Eliot Loudermilk, on Christmas Eve, he is visited by a series of ghosts who give him a chance to re-evaluate his actions and right the wrongs of his past. 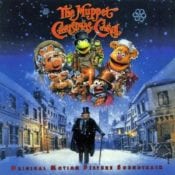 This G-rated movie is great for the whole family to watch on Christmas day. The Muppets re-enact the classic Charles Dickens’ story, A Christmas Carol Ebenezer Scrooge is the main antagonist of the movie. The miserable old man seems to be past any hope of redemption and happiness.

7. The Nightmare Before Christmas

When Santa sets off on his Christmas duties a day early, crashes into the Fox family’s house, ends up with amnesia and loses his magic sack of presents, he needs help! But the Fox family are a modern and broken family. Can they help him?

Buddy was a baby in an orphanage who stowed away in Santa’s sack and ended up at the North Pole. Later, as an adult human who happened to be raised by elves, Santa allows him to go to New York City to find his birth father, Walter Hobbs. Hobbs, on Santa’s naughty list for being a heartless jerk, had no idea that Buddy was even born. Buddy, meanwhile, experiences the delights of New York City (and human culture) as only an elf can. When Walter’s relationship with Buddy interferes with his job, he is forced to reevaluate his priorities.

A Christmas classic, this film is centered around 9 year-old Ralphie who wants only one thing: a Red Ryder Range 200 Shot BB gun. When he mentions it at the dinner table, his mother’s immediate reaction is that he’ll put his eye out. When the big day arrives he gets lots of present under the tree including a lovely gift from his aunt that his mother just adores. But what about the BB gun? 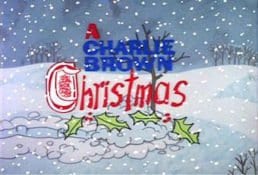 Charlie Brown hates how Christmas has been commercialized and sets out to find the true meaning of Christmas. Lucy suggests that he become director of the school Christmas pageant. Charlie Brown accepts, but it proves to be a frustrating struggle. 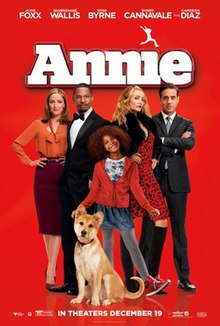 Annie, a famous musical is a modern story of a little girl from a foster home who is adopted by the aspiring mayor. It is full of laughs, some heartache, lots of singing and dancing and finally – a happily ever after ending.

What are your family’s top picks for this holiday?