I have learned over the years that when one's mind is made up, this diminishes fear; knowing what must be done does away with fear. Rosa Parks 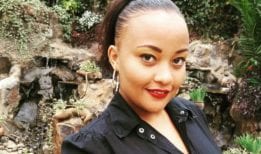 Greetings from the East. I hope Ijaewele and her beautiful Chizalum Adoara are in good health and faring on well. Giving birth is truly a magical time for all those involved.

I read your letter and I must say very irrefutable points you had there about how to raise a feminist child. Equipping Adoara with the necessary ‘feminist tools’ is very important for her survival and well-being in this not-so friendly world. I couldn’t help but wonder what role I should play as the mother of a boy not-so much older than Ijaewele’s daughter.

Before becoming a mother, I was a young impressionable girl. I grew up in an all-female household so gender roles were undefined to say the least. “Why do you behave like a boy yet you are not a boy?” my male friend once asked me. There is nothing wrong with it; but the implications are harder hitting than the question itself. I learnt to fix things around the house, change a light bulb or two. After all, it was the natural thing to do since I had no handy brother to come to my rescue, or so I thought.

My male friend (bless his heart) thought this to be alien; he almost chided me for it. “Girls don’t do that,” he exclaimed, “how do you know how to open and fix the wires of a DVD player?” At that moment I could see the conflict of what he knew to be the norm vs. the impressive feat before his eyes. Safe to say that was not the last time I would hear of this very well intended but derogatory question.

The truth is, the boy then, now man, didn’t know what women could do and their ‘super powers’. Away from making your renowned jollof rice or our very tasty pilau, we cleaned the house while they kicked a ball outside. Why should we expect them to make overnight changes now that what they knew to be okay is no longer okay?

African men take pride in their women, love and adore their mothers, but they don’t know how to treat them accordingly. Most men are taught about how to treat women by fellow men they consider role models. I’m not saying this is a bad thing, but we cannot rely on men to teach each other how to treat women and get mad when they don’t do it right.

I feel that here lies a cure for the problem feminism has been treating for a long time. As a millennial mum, I cannot begin to grasp the struggles of revolutionary feminists from the turn of the century. I applaud their strength and commitment. They said “NO” to chauvinists and stood up against misogyny.  Nonetheless, it’s now my duty to do my part, to teach this innocent soul how to be better than the men who came before him.

Read more: A New Wife’s Guide to a Happy Marriage

Like most women, I have had my share of ignorant, offensive, and lewd comments/ actions directed at me.  It is logical to assume these actions spark reactions and this is what feminism reacts to, defending women from these acts. As a result this creates a cycle for the never ending battles of the sexes – the fight for equality. Why should there even be a competition? Why can’t we just celebrate the uniqueness of being male or female?

I am sure no man can begin to understand the immeasurable pain of child birth, which is fine.  I may never know the magnitude of force Kamau and Omondi use to carry a 90-kilogram bag of maize from a lorry to the warehouse near my home. Yet they do it so effortlessly, and that’s also alright. What we are, is each other’s better halves. Let us embrace that, let’s see the world from each other’s eyes as it will eliminate the need for competition; since we’re not even playing the same games.

We have held these men in our arms at one point, fed them, sang to them, taught them how to walk, so why do we delegate the most important fundamentals? If you want something done right do it yourself. Someone wise once said: “Starting with the man I gave birth to, he is going to be a representation of what a well cultured man should be. Not culture forged out of societal norms, religious practices that serve to segregate, racial divides that feeds the us vs. them mentality… No! He is going to be cultured in the simple and uncomplicated art of doing the right thing. Not because he is required to but because he chooses to. Not because I am a woman but because I am a person, like you and those reading this letter”.

For the sake of Adoara and little girls just like her, I wish for them a world where they can be princesses if they want. Not because it is weak, but out of preference. Don’t worry I will play my part and teach my son to treat them with honour regardless of being born of royal blood or not. I fully agree with your sentiments on raising a feminist, just as long as it is their choice and not their parents’. Sometimes, parents tend to imprint their desires on children and all too often this leads to rebellion. What they actually need is freedom of choice and support to use what they have, to be the best version of themselves.

Read more: How do you know she is your Wife?

For the sake of Adoara, I will teach my son to know empathy, humility, kindness, fairness and virtue. The shame of sex will never fall on a woman in my sons eyes. In a world where violent and gory death scenes in movies are exciting and well received, I will teach him about sex, but also about love. We laugh and giggle and ask them to close their tiny eyes when kissing scenes come on, the shame so evidently displayed on our faces. So we teach them to shy away from affection. Men don’t cry, so they cry in hiding. Many of you remember an argument or two our parents had in front of us but not as many when it comes to them kissing or showing affection. My mind wonders why this is so. Why the opposite for love and affection?

I see the love my son has for me in his eyes. His happy smile when I walk into the room, the wet kisses he plants on me to wake up in the morning. I cannot imagine this little bundle of love could one day disrespect another person, or me, or a girl that will one day make him a happy husband. You know, it is fine for me to wish him a happy married life but it doesn’t mean I will force him to have one. It’s understandable that mothers stand by their sons even when they commit the most atrocious crimes; they just cannot seem to figure out how their child could have changed right before their eyes.

For the sake of Adoara, my son will learn to seek knowledge and wisdom from books, and his charity and other values will begin right at home with me. The child is not the problem nor is the question of what gender, nature adorned our bodies with. It is about how we nurture and socialise members of our society.

Teaching children to do what is right means giving them information and expecting them to make decisions that are consistent with what we have taught them. Of course these are the thoughts of a mother to a boy that may directly or indirectly be affected by gender inequality.  I will not be there to know how exactly but I could try to play my part in ending the problem altogether. The changing tide we wish so much to wash the evils of gender inequality has to start with us. In time, these disparities will be just another hurdle humans crossed in the race to get to a better place.

Read Chimamanda Adichie’s letter  to her friend on raising a feminist child.