Never complain about what your parents couldn't give you. It was probably all they had. Unknown 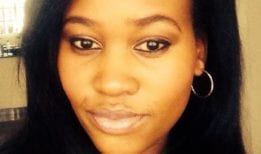 Keeping Up with Kisumu : Lupita Style

Oscar winning actress Lupita Nyong’o is filling the news-stands with her captivating Vogue cover. Did we mention it’s her 2nd October Issue in a row?

She shot the magazine cover and took time out of her busy schedule to visit her family in Kisumu, Kenya. Despite being the world’s most celebrated African actress her roots run deep. Last year she admitted on NTV, that she did not know how to cook Ugali. So when she visited her family’s village in Kisumu she sat down with her mother and learnt the ropes. Her mother, Dorothy was also kind enough to share her Ugali recipe with Vogue.

What better way to Keep up with Kisumu than doing it Lupita Style?

She went back to where it all began-the matriach of her family. 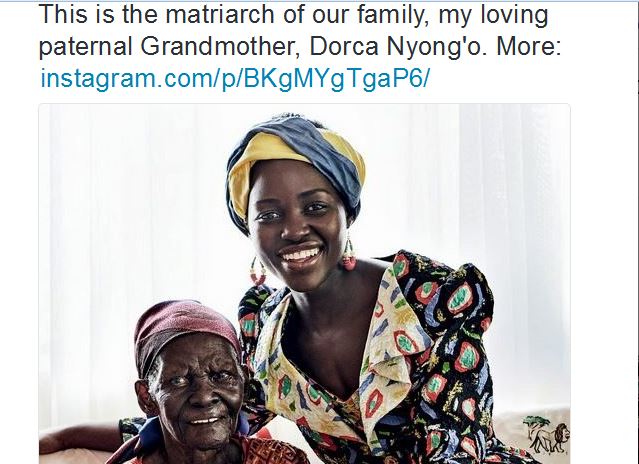 She touches the heart of many as she empowers the youth.

She knows where she belongs and is not afraid to embrace her culture.

Have you heard the chance to see her latest movie- Queen of Katwe,that has recently hit the screens? It is a colourful story of a young underprivileged girl who follows her dream of becoming a chess master. 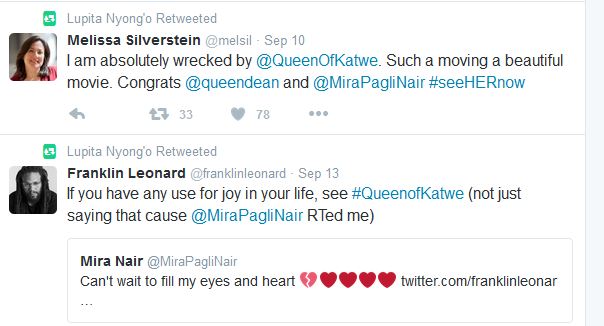 Her roots run deep and she never forgets where she comes from.

Lupita: “I want to create opportunities for other people of color because I’m fortunate enough to have a platform to do that. ”