Sexual Abuse : To Tell or To Keep Mum? - MumsVillage

As your kids grow they may forget what you said, but won't forget how you made them feel. Kevin Heath

Sexual Abuse : To Tell or To Keep Mum?

Home » Bloggers » Sexual Abuse : To Tell or To Keep Mum?

Two weeks ago, as I was undertaking some research for an article on sexual abuse on women and why some fail to report these cases, there was something in the four out of six interviewees I spoke to that piqued my interest.

One lady, a 19-year-old college student shared about her sexual abuse ordeal two years ago. Having been introduced to the man by a fellow comrade, and with all three having gone out on four different occasions for some drinks and dance, she felt comfortable enough to accept the dinner date he proposed. The dinner went well and later on, as he drove to his house, she was not alarmed for she knew that the well-mannered, highly educated and respectable man would cause her no harm.

But she was wrong.

Despite her saying ‘no’ to his sexual advances, the man raped her repeatedly in his house before ordering her to take a shower and dropping her back to her hostel. Feeling violated and angered, she wanted nothing more than to see to it that the man faced the law. But one thing held her back: her mother.

Her mother would be heartbroken, devastated if she learnt of the rape incident. This lady is the last born –an only girl among four boys. She was certain her mother, who had raised her up so well and given her enough talks about ‘men’ would never recover, imagining what the rape episode had been like for her daughter.

“My mother would die if she knew I had been raped. That’s why I never told a soul,” she told me. 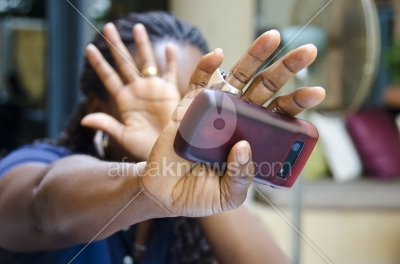 The second lady I spoke to said that she had suffered sexual abuse in the hands of a male relative who lived in their home when she was a teenager. The now 27-year-old never disclosed the incident to anyone because she feared what it would do to her mother –a widow who was already struggling with her three children.

The relative who had raped her was her first cousin –whose father (her uncle) had been very helpful in supporting her mother after her husband –his brother died. In fact, this uncle had been paying part of her school fees. After agonizing for days over whether to report the incident, while reflecting on the difficult situation she would put her mother in with regard to family relations, she decided to keep mum about it.

The other two ladies I spoke to shared almost similar sentiments. The main reason why they did not speak out about their sexual abuse ordeals was because they did not want to stress their mothers. Their mothers already had enough problems so no need to raise their pressure levels. Further, when they thought of the blame, shame and ridicule society puts on rape victims, and more so, the devastating effects it would have on their moms, they chose silence. They chose to go to the grave with their secret rather than subject their mothers to that kind of pain.

If you talk to any mother, they will tell you that they will do anything to protect their children from sexual abuse, including laying down their lives for them. They do their best to create a protected environment for them, environments that will allow them to prosper and become responsible adults.

But sometimes, even with the best laid protection plans, some things do happen.

And it got me thinking –isn’t it so sad that parents, and in the cases mentioned above -mothers put in so many protective measures for their daughters, such that the children are similarly willing to protect them from any form of hurt –at the expense of their own physical, emotional, mental and psychological health?

How can we as parents create an environment where our children can have no reservations whatsoever to come to us with any issue that is troubling them –regardless of perceived consequences?

What would you want your daughter to do in such a circumstance? To tell you or to keep mum?