Haiya! My Son is Getting Dark - MumsVillage

Other Articles from Kariuki Gitau

Haiya! My Son is Getting Dark

We usually have some crazy type of fun when it’s just me and the little man alone. The type of fun that could make a 19-year old at a 25-and-over club, jealous.

That’s why when my wife mentioned that she was rushing to Kinoo to buy some hohos, nyanyas and all those other kitchen paraphernalia, my son and I both lit up. We knew it was about to go down!

And no, it’s not that his mum is boring. Not at all. It’s just…she’s not a ‘Dettol mum’. You know? She can get too serious! In fact more often than not I confuse her for my own mum! Especially when she goes “Don’t go without your jacket. Utapata homa.”

So anyway as soon as she hit the road, I grabbed my son and his walker and took them both outside. Today is the day he would learn to walk. The weather was not at all bad. It was just the right amount of warm, bright and beautiful. Immediately I places him on his walker, I saw it. I tried to brush it off but it was right there on my face! Or should I say his…

MY SON WAS GETTING DARK!!

If you haven’t met me, I’m almost as dark as they come. And his mum…well let’s just say she could be related to the darkness. So there’s no way our offspring could be any lighter. I knew this was going to happen at some point in his life. But why so soon?? Why?? 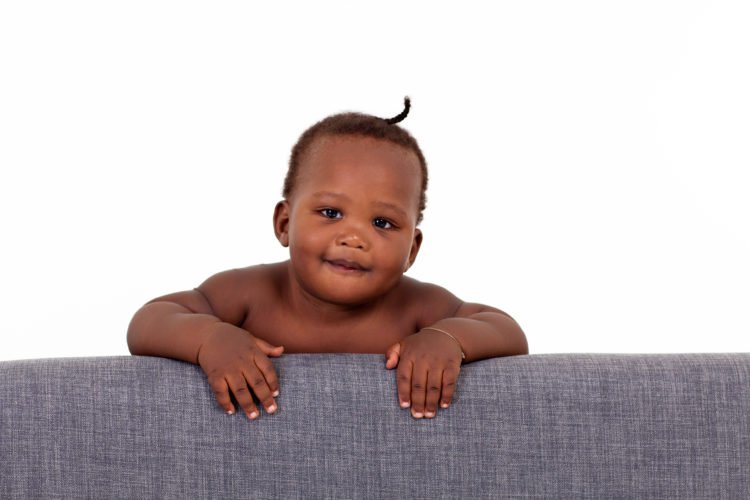 NO! It’s not like a have a problem with a dark skin tone. It’s just…I’m used to seeing my son being light-skinned. And I like it that way. He looks good that way. Now who knows how he’ll look when he’s completely dark?

I mean what if he gets so dark his peers start calling him ‘blackie’??

So I told myself to calm down. Maybe I was just seeing things. My mind was probably playing a trick on me or maybe my eyes hadn’t adjusted to the outside light; maybe I walked out of the house too suddenly. So I took out my phone to take a photo of him. I wanted to see the phone’s perspective of this whole situation. After a few selfies, and comparing them with selfies from two weeks ago, my phone confirmed that indeed it was true. My son was getting dark!

So does this mean I should start saying goodbye to all this cuteness? Will he even still look good in photos as he does now? Oh, and what about everyone else? How will society take him now that he’s a dark-skinned baby? I know you know what I mean. Our brains have somehow been maliciously fed to think that only ligh-skinned babies are cute. No it’s true. I’ve done my research and a light-skinned baby will 9 out of 10 times be referred to as cute. But a dark-skinned baby, for the same number of times, people only say “Aki anakaa baba yake!”

And you want me to want my son to get dark skinned?? NEVER EVER!! So anyway, I decided to wait for the wife to come home so that she can help me put this to rest. Is he really getting dark or am I just seeing and experiencing my fears?

After she had finished unpacking everything, I curiously asked “By the way umenotice G ameanza kuwa mweusi?” And as though it was a no-brainer, she calmly responded “Sindio! Weh umejiangalia?”

JUST FOR THE RECORD;

The writer, Allan Kariuki wa Gitau, is a very dark African. He IS NOT racist. He also DOES NOT, in any way shape or form, support skin bleaching.

Read more about Kariuki’s Fatherhood Journey on his Blog.