We never know the love of a parent until we become parents ourselves. Henry Ward Beecher

Other Articles from Julie Masiga

Julie Masiga : How Motherhood Changes you

There have been many articles written about the ruinous effects of motherhood, and how bearing children is not always the deep and meaningful experience many mothers make it out to be. For some women, being a mum is a nightmare they wish they could wake up from.

One mother writing on her blog Carrots for Michaelmas says that in the first year of her son’s life, she felt like she was drowning: “It [brings] back a wave of pain just remembering my son’s first year and how defeated and exhausted I was. Drowning is probably the best word for it. I was drowning. Gasping for air,” she writes.

I can identify, now more than then. The first year of Adoti’s life was exhausting yes, but I was exhilarated, not defeated. I was dead tired but there was a certain euphoria that came from running on empty. I wasn’t broken down, I was broken open. It was almost as if I had stepped outside of the confines of selfishness and become free to love another human being without any reservation. It was a revelation, something I couldn’t possibly have fathomed before I reproduced after my own kind.

Read more: Dear New Mum: You’re about to be De-friended

Being ‘heartbroken’ meant that love was overflowing and Adoti was the primary beneficiary. But the spill over was a refreshing spring from which every child was welcome to drink. From a dyed-in-the-wool feminist type, I had suddenly become an earth mother, complete with child-bearing hips and bosoms heavy with milk. I felt like I had finally become a woman. That motherhood was what women were created for.

In Adoti’s second year, there was so much growth happening, with the child leaping from milestone to milestone that there really wasn’t much time to reflect on the state of my womanhood. All my attention was focused on my sassy, lil’ miss. I truly became Mama Adoti, an identity that centered on my child, and the fact that my only reason for being was to be a mum. I was happy. And fulfilled. It seemed like destiny had finally revealed that elusive thing called purpose. Being a mother was what I was born to do. 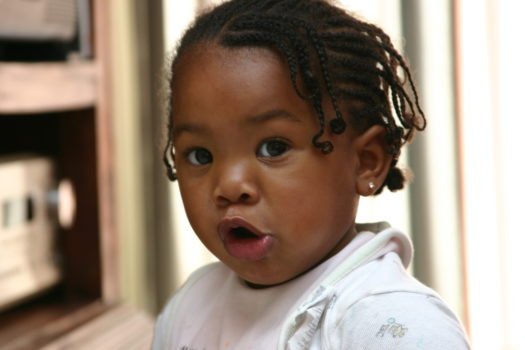 But at two years and two months, Adoti is now living in her third year and Mama needs to be born again. From time to time, I feel like I’m gasping for my own air because Adoti and I share everything. I own nothing, not even my body. She has occupied my person and because I am her mother, I cannot reserve the right of admission. And yet, I am more than Mama Adoti.

Perhaps I am gasping for it because I am just coming up for air after two years and two months of holding my breath. I am pressing play after two years and two months of being on pause. Rather than looking back with longing for a life lost I am looking forward to what could be. Motherhood changes a woman. Once you bring a life into this world and realise that you are irreversibly responsible for it in every sense, your perspective changes. Things which you thought were important become irrelevant and others you dismissed as non-issues become the cornerstones of your frame of reference.

Like the mummy blogger writes: “Motherhood is a refining fire. It is sanctifying love … It doesn’t smooth things over; it brings [dysfunction] to the surface. And that process is unforgiving. Everything we’ve been able to keep under wraps and under control escapes and reveals itself. Like a flashlight on the dark places in our souls.”

In a nutshell, being a parent forces you to confront yourself warts and all, to change what you can and accept what you can’t so that you can achieve the kind of equilibrium that you need if you are going to create a stable environment for your child.

So yeah, I’m growing into this mothering thing, learning from Adoti what her needs are and trying my best to fulfill them. Some days are better than others and there are times when I long for a time when I didn’t have the weight of a child on my shoulders. Times when I wish that my heart wasn’t running around outside my body. Times when I wish I could sleep with both eyes closed. Times I wish I could breathe easy.

But then I look into my daughter’s eyes – which are exactly like mine – and I know that I wouldn’t have it any other way.