2 years: welcome to the age of independence- MumsVillage 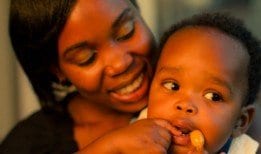 Other Articles from Faith Mwaura

2 Years: Welcome to the age of independence

Home » Bloggers » 2 Years: Welcome to the age of independence

2 years: welcome the age of independence

Our son is 2 years, oh well and 2 months but who counts months after 2 years apart from the doctor? So my son is two when he turns three we will no longer say 2 so let’s milk that 2 for all it’s worth. If your child is anything close to my son, you know that tantrums do not start at 2 years as many would want to call them, terrible twos, starts sometime around 13 months.

I am sure at this point, you are going awwww that is so cute, yes, it is very cute I must agree, seeing him grow and able to do things for himself, I smile because I know the amount of work that has gone in. From sleepless nights because he did not know how to go back to sleep on his own, to switching off the lights so he can sleep. From no teeth at all to a mouth full of teeth, enough to brush, by himself, from eight diapers a day to one diaper for 3 days, really we deserve a medal.

Thus ends the awwww, because for the last 3 days he wants to brush his own teeth but does not get to the last teeth well, so where we used to take about 2 minutes brushing teeth, we take 10, me trying to convince him that I should help. Not just the teeth, he will want to do hard things for himself like unbuckle the seat belt, that thing is so hard, I have a hard time opening it myself. He wants to walk without you holding his hand, he wants to oil his hair, he can’t even reach the top of his head, you all remember the test that kids had to take to go to class 1, where you use your hand to hold the opposite ear, yap, he doesn’t get half way and he wants to oil in hair.

Well, there are advantages to this by self-story, he can wear shoes correctly by selof, when he pours water he will go for the rug and wipe it by selof, he can feed selof, he can go potty selof and when he is done he has the cutest call, ‘Mama Mugi kuja’ ‘what is it?’ ‘Mugi finish potty’.

So for mums heading towards 2 years, encourage your child to be independent because they can do so much if we only let them learn, just that you will have to work harder to convince them that they need your help at times.

Have your (Selof) a nice day